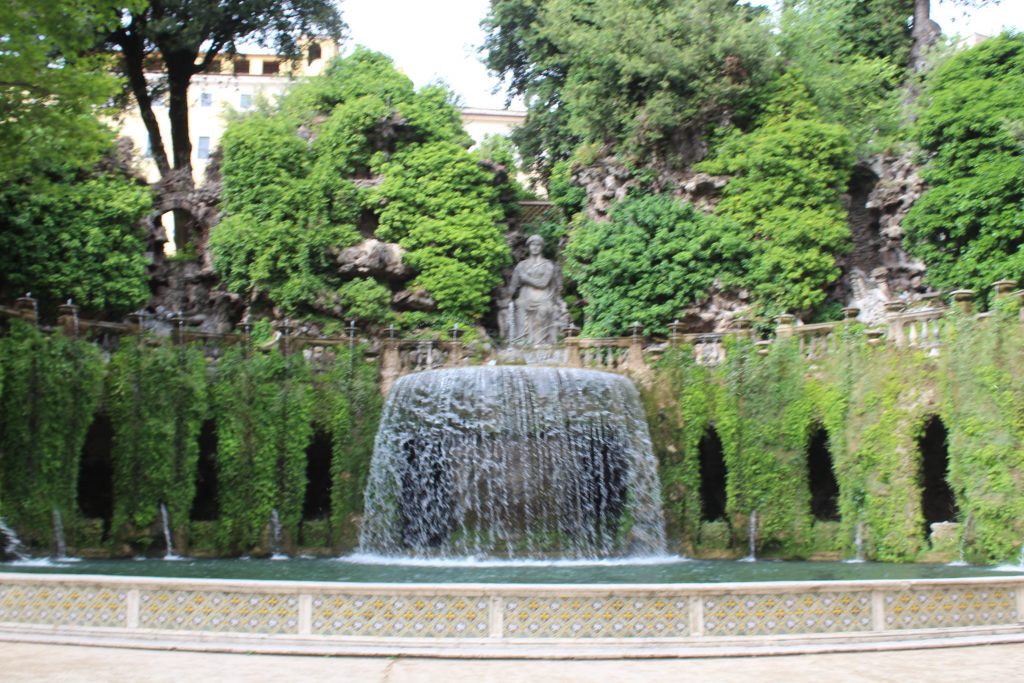 5 Fabulous Gardens from Around the World

From far-away cities abuzz with life to the stunning natural scenery of distant lands, many places throughout the world stoke our imagination and fuel us with wonder. And, for gardeners, there’s nothing more inspiring or fulfilling than getting to experience some of the most beautiful gardens this planet has to offer. Below are just five (out of many) of the best green spaces from across the globe.

Ready for a journey of inspiration? Let’s go!

Not far from Rome, in the region of Tivoli, sits one of the most intriguing Renaissance gardens in the world. Blending science and art into a striking landscape, the Villa d’Este gardens have long been a point of muse and fascination, where artists, poets, and musicians have gathered over the centuries.

Commissioned in 1560 by Cardinal Ippolito II d’Este and designed by artist and architect Pirro Ligorio, this grand garden was made to wow even the most jaded of high ranking individuals.

With elaborate water features, Villa d’Este Garden boasts an impressive labyrinth of pipes that feed the garden’s 51 fountains and grottos, including hundreds of spouts, water jets, and waterfalls. What makes these fountains all the more impressive is that they’re all run on gravity alone without the help of pumps, thus making it an extraordinary feat of 16th-century engineering.

Among these remarkable fountains sit water-spouting statues and frescos of dragons, nymphs, ancient Roman and Greek gods, as well as mythical figures. And, taking the crown as the most elaborate fountain is The Fountain of the Organ, which pumps water and air into different tubes to create music, while also allowing the water to dance in a variety of creative patterns.

Not only is Villa d’Este Gardens known for its fountains, but it also features a beautiful terraced garden with many topiaries and plants in a very organized, yet playful layout, typical of the 16th century.

Sadly, this fantastical garden fell into disarray for over 150 years, due to lack of interest and lack of money to maintain the spectacular grounds. Thankfully, however, in the 19th century, the garden again was brought back to its former glory and has remained a prominent point of Italian pride ever since.

At 19 hectares of lush green landscape, hugged by the shadow of the Wicklow mountains in the distance, Powerscourt Gardens is certainly one of Ireland’s most beautiful green spaces.

Designed around the Powerscourt Estate, this expansive landscape has been artfully designed and maintained since 1731, and features a variety of themed sections, such as the Italian Garden, the Japanese Garden, and Walled Garden, while, at the center of the estate sits the impressive Triton lake, featuring statues of Pegasuses who perfectly frame the picturesque view of the gardens beyond.

Venturing into the grounds, you’ll find brambling streams, ornate sculptures, and massive gnarled trees, as well as a stone tower and a pet cemetery, to name a few points of interest.

Voted by National Geographic as one of the top ten gardens in the world, Powerscourt certainly is a sight of wonder for any garden fanatic.

And, with rolling hills, topiaries, and dozens of varieties of plants and flowers, it’s easy to get lost among these dreamy grounds for hours.

Situated on the outskirts of Rio de Janeiro, the grounds of famous landscaper Roberto Burle Marx is both impressive and fascinating.

Featuring thousands of plants gathered from all corners of the globe, as well as an impressive collection of flora native to Brazil, this garden has become a focal point among many botanists and horticulturalists.

From 1973 to 1994, Marx dedicated the remainder of his life to creating this unique and beautiful space. A space that is now enjoyed by so many who come to visit the world over.

The addition of a 17th-century monastery rebuilt in the middle of the grounds that houses some of Marx’s design work and art pieces, certainly adds to the overall beauty of the garden. And, with many winding paths, a colorful array of plants, and lush trees, walking these grounds makes it clear to any lucky visitor that Marx put a lot of love into this special place.

Incorporating a variety of magical looking ponds and waterfalls, uniquely shaped garden beds that simply flow together, and a variety of curious structures that dot the grounds makes this garden as dreamy as it is artistic.

Famous for his whimsical designs in both architecture and landscape, the Sítio Roberto Burle Marx is an exceptional example of this man’s creativity and remains a perfect legacy work.

Displaying a creative spirit that’s both unique and vibrant, the Jardin Majorelle was designed and cared for by the famous French artist Jacques Majorelle from 1923 until his death, alongside the help of designer Yves St Laurent (who was a good friend of Majorelle) — in fact, the garden is sometimes referred to as the Yves St Laurent garden due to his influence on the space.

Surrounded by the bustling city of Marrakech, this stunning garden takes visitors far away from the hustle and bustle beyond its walls and transports them into a paradise garden like none other.

Bound into one impressive hectare of land that draws many songbirds and other creatures to its bountiful refuge, this garden features exotic flowers and plants densely packed together in a colorful display, and is host to a huge variety of cacti, water plants, palms, trees, and flowers from many parts of the world.

Intricately designed with water features and tilework inspired by traditional Islamic design, this garden literally sings in harmony with its surroundings. And, against the backdrop of this stunning garden paradise sits the artist Majorelle’s former residence, which has been painted a striking electric blue, and is said to intensify the greenery of the garden while also drawing upon Morocco’s beautiful use of color throughout its culture.

South Africa’s most famous garden also happens to lay claim as one of the largest gardens in the world at a whopping 528 hectares of land.

Situated close to the beautiful coastal city of Cape Town, and connected to Table Mountain’s National Park, Kirstenbosch National Botanical Garden is home to some 9,500 species of plants.

From its formation in 1913, this expansive garden has maintained its promise to botanical research, sustainability and conservation efforts ever since. Boasting a stunning example of native South African plant species that are cared for in a picturesque landscape that’s worthy of exploring, it also happens to be the very first garden to lay focus on native plant species, making it light years ahead of other botanical gardens of the time.

With a diverse range of environments, South Africa certainly is a fantastic location for botany. And, in an effort to study and appreciate these varied local ecosystems, Kirstenbosch has recreated five distinct environments within its massive greenhouse as well as hectares of outdoor landscaped gardens dedicated to the plant species specific to the Cape region alone.

Strolling through this green space is certainly awe-inspiring. Not only do visitors get to enjoy the masterful design work of Kirstenbosch’s impressive gardens, but one will often come upon many events, festivals, and art installations as well, making it a delight at every turn.

Other Notable Gardens worth Mentioning:

The Master of the Nets Garden (China) — Featuring some of the most stunning classical Chinese landscaping the country has to offer, this small yet impressive garden is sure to delight.

Kew Gardens (UK) — Well-known the world over, this sprawling garden on the outskirts of London features some impressive greenhouses, an orangery, and about 120 hectares of stunning gardens.

Shalimar Bagh Mughal Garden (India) — A fantastic example of Mughal empire landscaping, this age-old garden is designed with classical Persian influences and consists of a focal water source surrounded by organized and quartered greenspaces, making for an impressive effect.

Las Pozas (Mexico) — Designed by English poet and surrealist, Edward James, this highly creative garden draws upon the imagination, with unusual structures and staircases leading to nowhere amidst a lush and whimsical garden space worthy of exploring.

With so many incredible gardens around the world, it’s certainly hard to list just five, and, in fact, listing only five gardens doesn’t even begin to do justice to the hundreds of other equally impressive green spaces. But, it’s good to start somewhere!

Big or small, well-known or obscure, the adventure of discovering noteworthy gardens is quite the feat, and one worth exploring if you’re curious enough to do so.

Explore for yourself and gain inspiration from some of the most cherished gardens on earth.