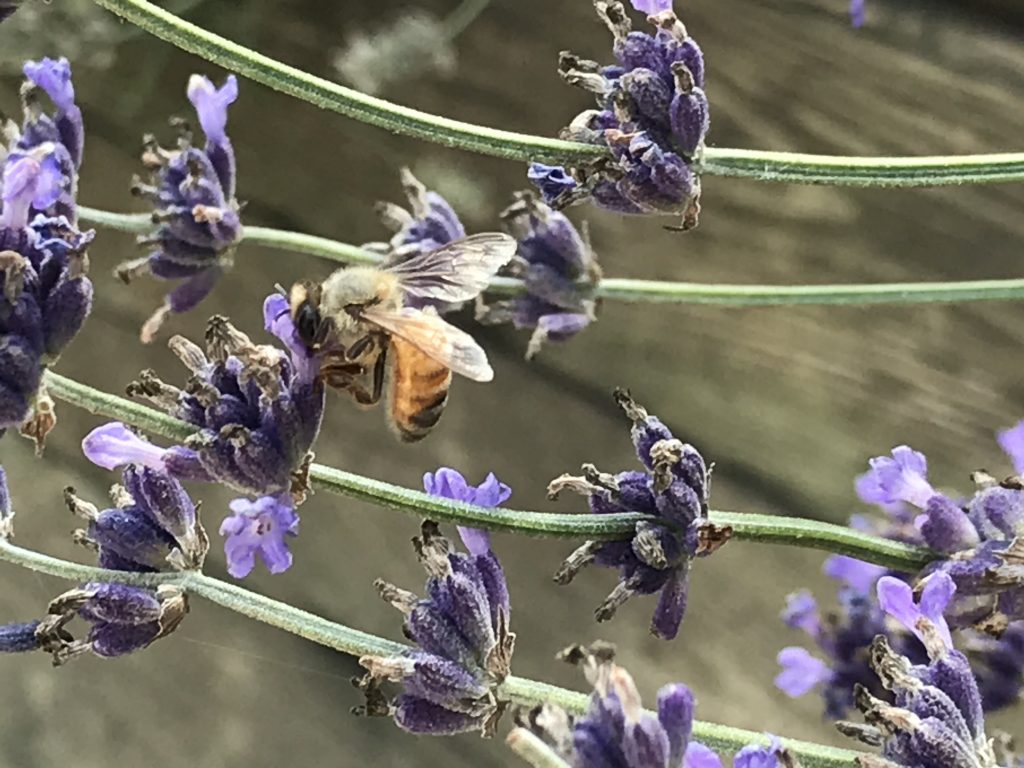 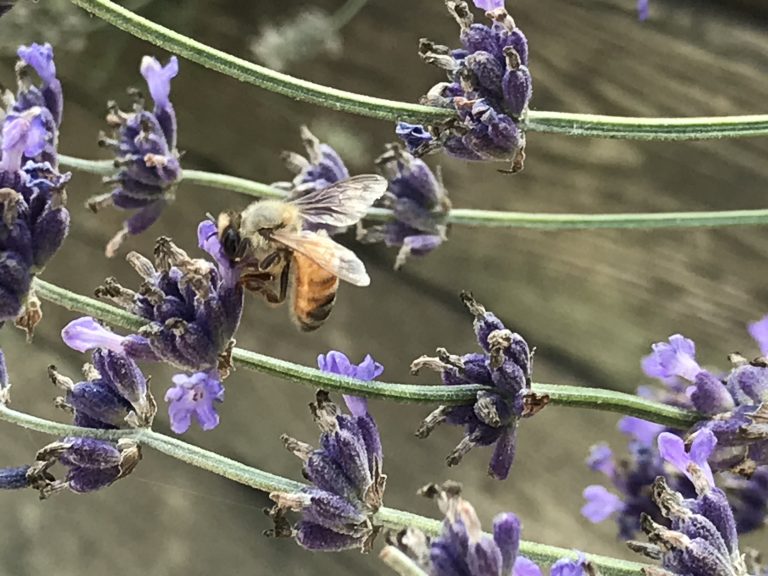 I’ll start by saying that I feel a bit guilty for having been afraid of bees in the past, but I’m learning; and, as any apiarist will tell you, bees are only aggressive if they feel threatened — meaning don’t swat at them if you can help it! Generally speaking, if you leave them alone, they’ll leave you alone too. I can’t say the same for yellowjackets, however — In my opinion, those guys are just jerks (yeah, yeah, I know, they have a purpose too, but still, stay away please).

When I say “bees”, there’s actually a surprising variety of species, each with individual characteristics. In North American alone, there are around 4,000 varieties, whereas, globally, there are upwards of 20,0000 different species spanning across every continent except for Antarctica.

Known for their importance in pollinating our food supply, surprisingly, only 5% of bee species are responsible for producing honey (which can come in a variety of flavors, intensities, and types). Have you ever tried buckwheat honey? I’m not a fan, but clover-flower honey, on the other hand, is delightful.

Interestingly, did you know that the honey bees of North America were brought over from European settlers in the 1600s? That’s right; they’re not native to this part of the globe at all. However, with an estimated 600 million pounds of honey consumed in the USA and Canada each year, it’s safe to say that we certainly adore their liquid gold.

The award goes to The Central African Republic, followed by New Zealand in second place!

Why do bees matter? 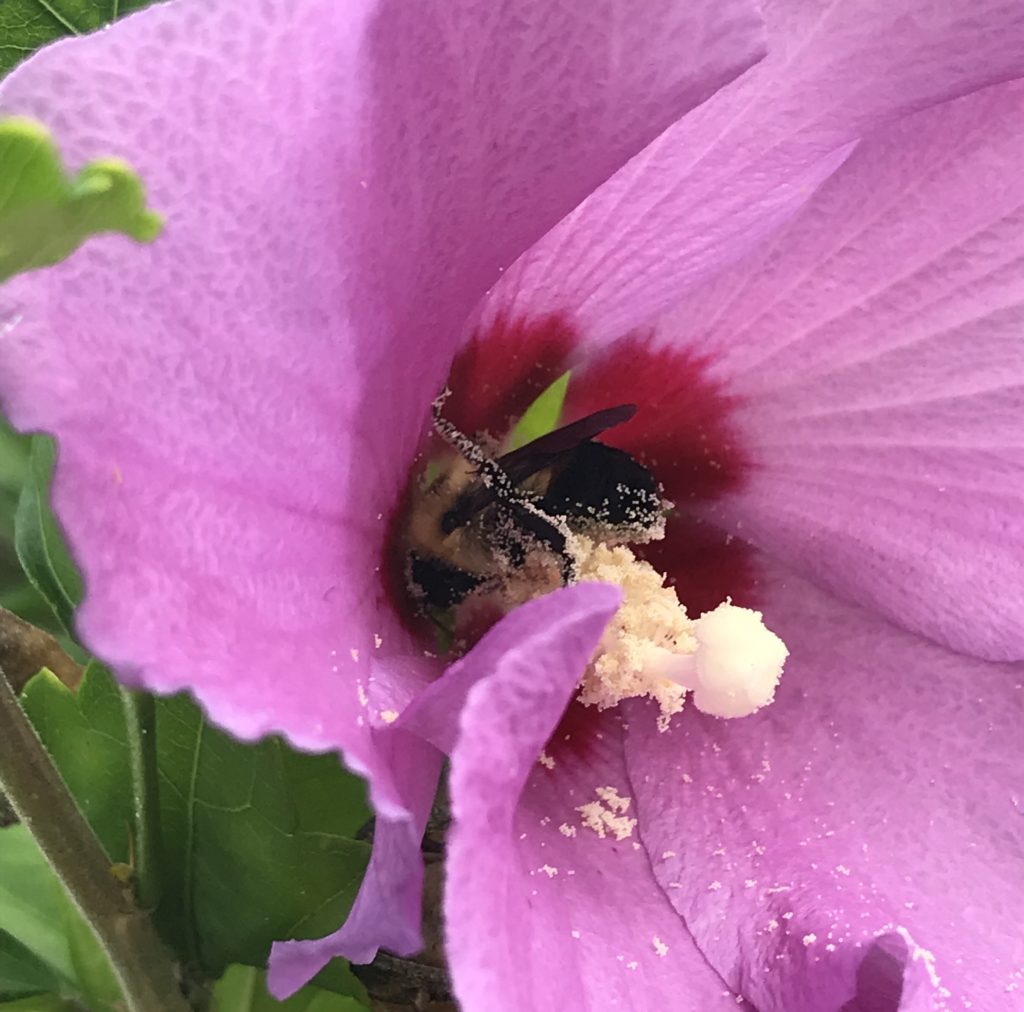 We’ve all heard numerous times across the media, and other outlets, that the bee population is declining at an alarmingly fast pace. Considering all of the other environmental red flags we’ve come accustomed to hearing about — severe weather, drought, global warming, poor air quality, and so forth, it should come at no surprise that these delicate creatures are also at risk.

But what’s so important about bees specifically?

Well, simply put, without bees, it would be almost impossible for plants to pollinate. And, without pollination, we’d lose the majority of our food chain — from fruits and veggies to grains, and subsequently, livestock (most of the animals we rely on have a plant-based diet), creating a domino effect of disastrous proportions.

That’s why it’s so important to do everything we can to protect these little creatures by fostering their environment. Because, without bees, food shortages and malnutrition would become rampant, making it almost impossible for species of all kinds to survive (including us).

I say almost impossible because there have been numerous efforts at machine-lead pollination, as well as by hand-pollination techniques used to get the job done; But, both methods prove to be either expensive, inefficient, or limited in its outcome. Due to these reasons, we certainly shouldn’t rely upon either method for the survival of almost eight-billion people along with countless other creatures globally.

Among many environmental issues, there seems to be a direct link between commercial farming methods, including the use of chemical pesticides and the decline of the bee population. And, this is why we need to look to bring back natural pest control techniques and alternative farming practices as much as possible.

In commercial farming, monoculture practices (which is the method of planting only one type of crop on a wide-scale) is increasingly popular. This is done in an effort to efficiently produce more food at an affordable rate.

However, since the monoculture structure lacks plant diversity, bees are not getting the nutrition they need to flourish. Yup, just like people, bees also need a variety of food sources to stay healthy — so, as an example, if they’re in an area that’s only growing corn, they’re not being exposed to a range of pollen sources, which leads to a weakened immune system and eventually death.

Monoculture also creates an environment that naturally attracts more pests. It also leads to unhealthy soil, which produces sickly crops. And, what’s the solution to killing off pests and strengthening produce? Well, unfortunately, chemical treatments and pesticides. In turn, many of these crop treatments kill pollinating bees shortly after contact with the plant, whereas, in other instances, the bee may survive long enough to bring the contaminated pollen back to the hive, which can cause devastating effects on their entire colony. I see this cycle sort of like sticking a pile of dirty band-aids on a festering wound — it won’t heal properly, because we’re not looking at the root of the problem!

So, how can we support bees, and what’s the antidote to monoculture? One small step at biodiversity would be to intermingle some crops with wildflowers. Another beneficial technique is oligoculture (which has been around for as long as humans have been cultivating plants).

Typically using four plots of land, oligoculture is the practice of rotating crops each year in a four-year cycle, which creates a diverse, healthy cycle that boosts plant and soil health, while also reducing the need for chemical intervention.

Ways You Can Support their Habitat 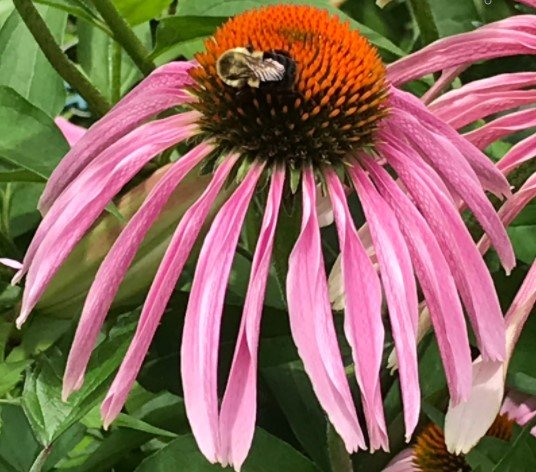 What are some things we can do to help support a healthy habitat for bees? Luckily, there are many, and most are quite simple! Let’s take a look at a few easy ones which anyone can do:

Give your garden variety —

Ensuring that we have a diversity of plants within our garden is a simple and effective way to encourage bees. Since like us, they need various sources of food to maintain good health.

By sowing a mixture of different flowering plants alongside fruits and veggies, you’ll not only get a charmingly eclectic garden, but you’ll also have healthier greenspace that also happens to help out bees. It’s a win-win.

By filling your garden with plants that bees love, you’re sure to create a feast for our little friends. 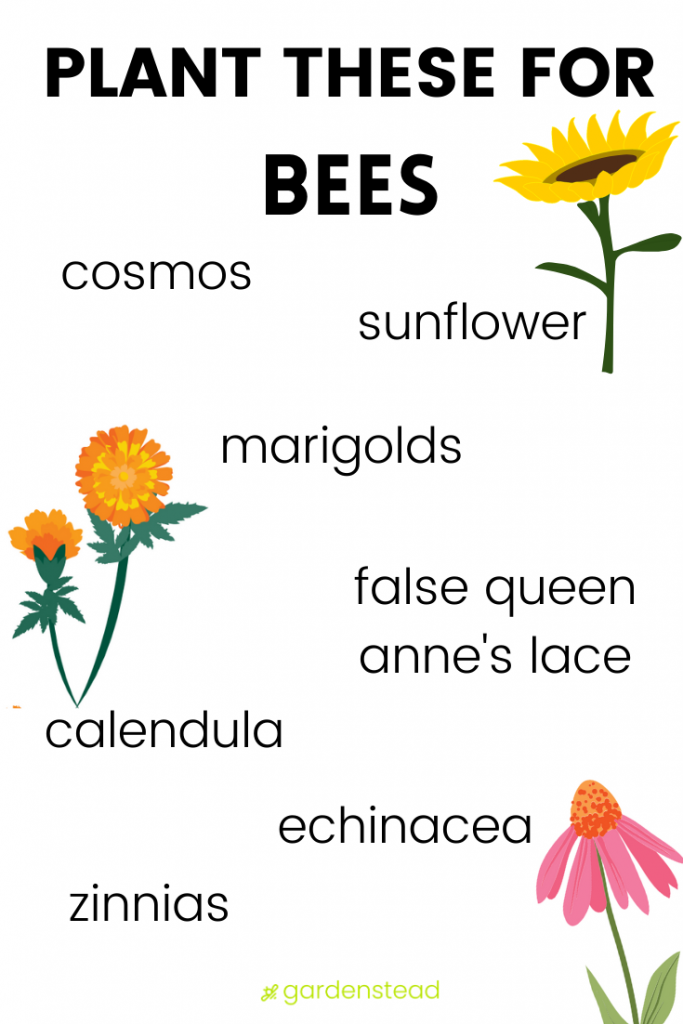 Try your hand at creating a bee house for your green space. It won’t attract colonies, but with a bit of success, it should attract solitary-nesting bee species.

Building one is both simple and low cost — and you can find tons of instructional videos online to guide you.

All you’ll need is a bit of DIY creativity, some small wood planks to create a frame and some cylindrical or porous material to fill the house, such as a block of softwood with holes drilled into it, or even a cluster of bamboo tubes — since this is where the bees will nest.

Whether it’s pests, fungus, or other blights, sometimes our gardens need a bit of help. Yes, it’s tempting to head to the store and grab the most powerful chemical aid on the market for a quick fix, but, in doing so, we often disrupt our garden’s natural environment, and unintentionally hurt many advantageous insects and creatures along the way.

So, instead of jumping to unnatural agents, try searching for earth-friendly alternatives as much as possible — but do your research, since some choices can still be harmful to bees.

It’s also a good idea to promote a garden environment that aims to self-regulate, such as through permaculture techniques, or companion planting.

From private backyards to the roofs of office buildings, hotels, and everything in between, an increase in urban beekeeping across many major cities has taken off in recent years, proving that even in the fast-paced depths of our concrete jungles, bee-friendly environments are possible. So, let’s join these initiatives and raise awareness surrounding this advantageous trend!

It’s undisputed that bees are the pollinating big bosses; however, there’s a multitude of other pollinating creatures out there who work alongside bees — all of which weigh equally in importance to the survival of our ecosystem. And, concerningly, they too are on the decline, making it all the more urgent for us to take immediate action to reverse this global downward trend.

So, let’s act now. Let’s do all that we can to foster these vital creatures, and help pull them out of the danger zone since, without them, we’re out of luck.