Watering Bulbs: Do they work, and how to use them 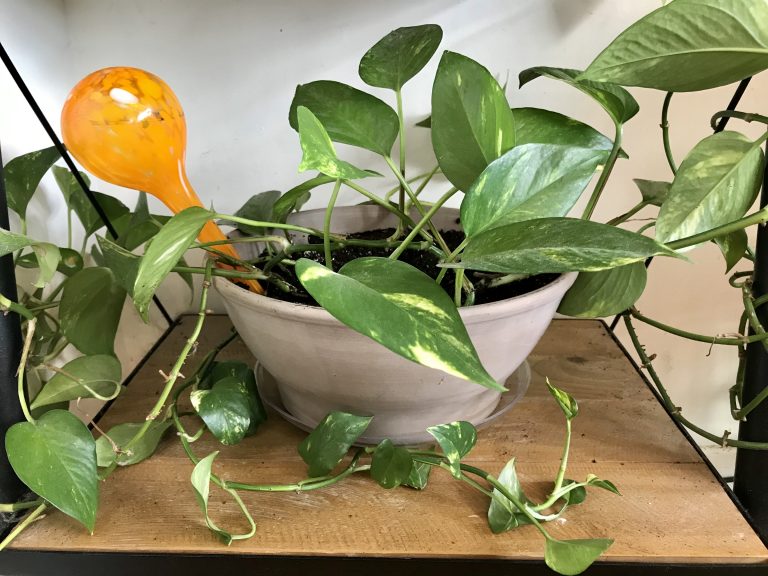 I recently bought a watering bulb in the hopes that it might help reduce the number of times I need to water some of my plants (although, I have so many houseplants, that one watering bulb seems a bit silly — I need more like 15 to lessen any menial watering tasks!).

I selected one of those classic glass-blown ones — Mine’s a sunny Marigold orange shade, but, with, so many varieties in color, style, and size nowadays, you can pretty much get any design or style you like!

To my surprise, they seem to be a hot commodity at the moment (who would have thought?!). In fact, I went searching for one for about a week, and it seemed like practically everyone was sold out of them, except for one small shop near my apartment — which suited me just fine, since I prefer to shop local and support small businesses as much as I can.

In hindsight, I probably could have obtained one online and received it within days, since there’s always such a great variety right at your fingertips.

It’s been a long time since I’ve used a watering bulb, and I was excited to give it another try, with hopefully more success than the last attempt, which ended badly.

How does a person mess up using a watering bulb? You may ask. I mean, it’s pretty straightforward, isn’t it? Yes, it certainly is, but I still managed to botch my first experience, and I blame it solely on laziness.

I was in my early twenties. I had just moved out, and a friend had given me a massive and beautiful peace lily as a housewarming gift. My! I was smitten with that plant at first — I even gave it a name (Meredith, I think it was), and placed it on a pedestal next to my second-hand sofa. It stood leafy and dazzling among my hodgepodge of plastic patio chairs (which doubled as dining chairs) and other hap-hazard furniture. Careless and distracted as I was at the time in my life, I’d forget to water the poor thing for weeks and weeks at a time, until it began to look wilted, and sparse. Then, one day I came upon something that might solve my flippant relationship with Meredith — a watering bulb! At first, I wasn’t sure what the thing was, but when I learned that it would water my plant with no fuss, I was sold!

Eagerly, I filled the watering bulb and shoved it into the soil of my now, very sad peace lily. At first, I was delighted — It worked like a charm, and, for a few weeks, the plant was thriving! Trustily, I left the bulb to do its magic for quite some time — after all, it self-waters, right? Things were looking up for Meredith and me.

But, alas, my solution was short-lived. As the weeks rolled on, I forgot about my poor plant entirely, and, as the weeks turned into months, Meredith simply dried up and died. Finally, when I couldn’t ignore the catastrophe still perched on its pedestal any longer, I remorsefully lugged the enormous dead plant, pot, watering bulb, and all, down to the dumpster, promising not to make the same mistake twice.

Fast forward to today, and I can safely say that I’m a far more nurturing plant mother now. In fact, I dote on my plants so much that I probably risk over-watering some of them (also not a good idea as I learned through my experience with fungus gnats).

So, moving on from the unnecessary demise of poor Meredith, I’ve once again returned to watering bulbs, and with a bit of responsibility and common sense this time, my results have been positive!

How does a Watering Bulb Work?

Designed to hold water within the globular part of the device, the long, slender stem slowly releases liquid into the roots of the plant for about a week or two, until the bulb is emptied.

When the soil begins to dampen, the dirt expands, which in turn acts like a cork, closing off the only hole that the water can escape through, and effectively prevents the air from circulating up the stem of the bulb, ultimately stopping the water from draining out too quickly.

Since potted plants tend to dry out relatively quickly compared to their in-ground counterparts, a watering bulb (when used properly) will assist in maintaining a consistent plant environment, where soil retains moisture, yet not overly so. This allows many plant types to thrive with little effort. But, be warned — this doesn’t mean that you should omit watering your plants altogether!

For best results, treat the device as an aid alongside the occasional deep watering as needed.

How to Properly Use a Watering Bulb? 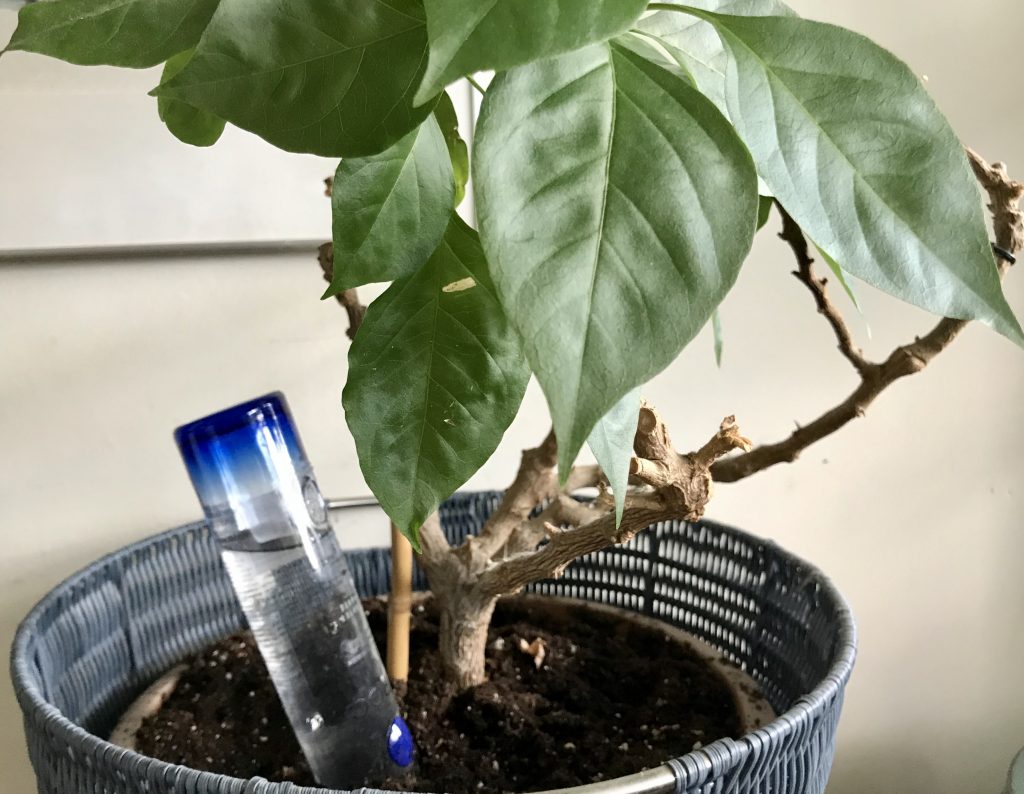 If you’re into recycling and repurposing items, you’re in a pinch, or simply don’t want to buy a watering bulb, there are easy alternatives that have a similar effect.

Try using a glass bottle such as a beer, wine, or liquor bottle (or any other similar item) for a cheap and effective way to create a self-watering gadget — For smaller plants, a beer bottle works well, whereas, for larger plants, a wine bottle does nicely.

You could even use a plastic water bottle, which some people find equally effective, but, in my experience, I’ve found this to be the least so. Perhaps because of the lack of a sufficient neck (to be honest, I also don’t like the look of it).

When using these items, follow the same steps as you would for a purpose-designed watering bulb, but be sure that the entire neck of the bottle is buried for best results, since this will create the most effective seal.

Whether you’re heading out of town for a few days, and want to ensure your beloved plants are getting the water they need, or you want to lessen the number of times you need to water your plants, watering bulbs and similar devices are a good helper gadget, if used properly. Plus, some of them are quite lovely looking and can enhance the charm of your potted plants. 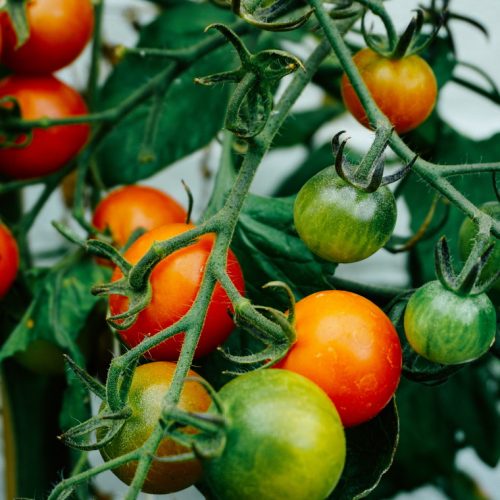 How to Know When to Harvest your Tomatoes 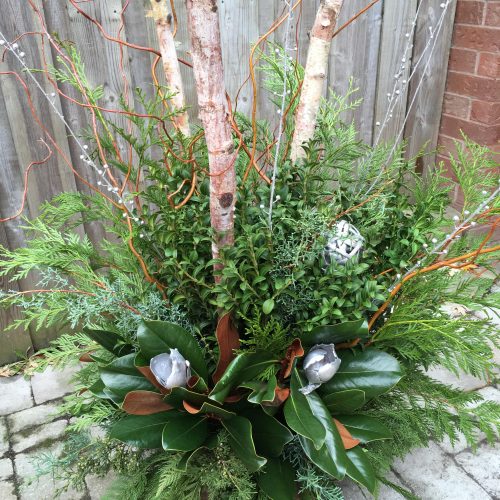 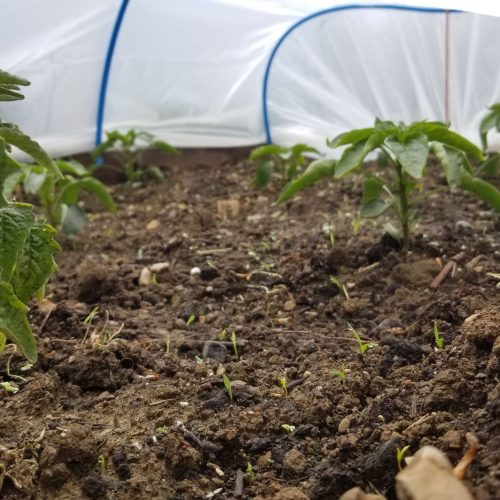 Coping with that first chill!