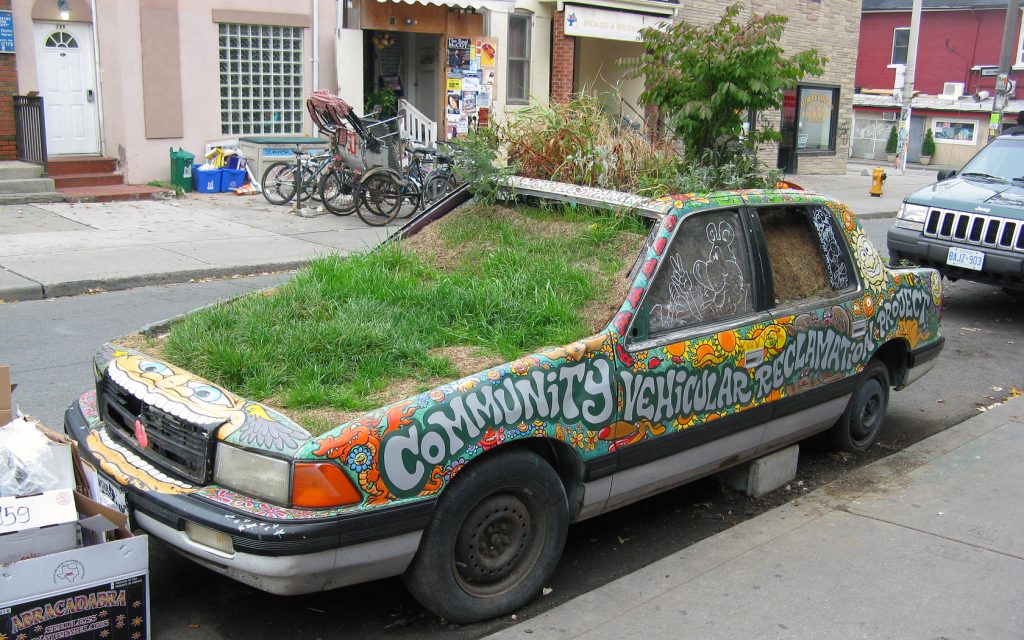 Guerilla Gardening – The Search for Nature in Urban Cities 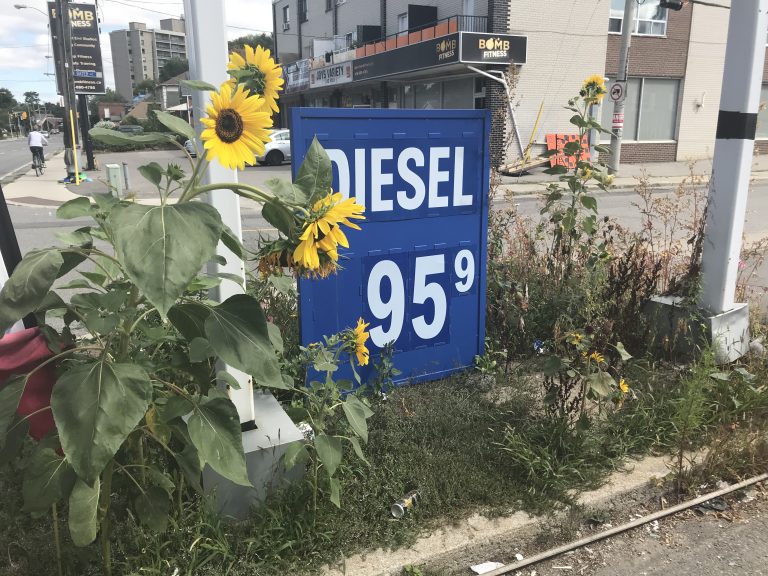 Miss Rumphius is one of my all-time favorite children’s stories, and one that I’ve made sure my son has in his little collection of books. This beautifully drawn picture book follows the life of a woman who, as a little girl, makes a promise to her grandfather that she must do something to make the world more beautiful.

As the story progresses, the little girl grows up, travels the world, and eventually retires by the seaside as an old lady. And, it’s then that she fulfills her promise to make the world more beautiful. Going on an unusual mission, she scatters lupin seeds all over her community — like everywhere! And, over the following years, the flowers bloom and multiply, leaving an incredible flowering legacy of pink, blue and purple.

When I reflect on the idea of Guerilla Gardening, this story always comes to mind, since in a very simple way, it shows what this movement is all about — spreading beauty and nature one person at a time in places that you’d least expect.

Having learned about Guerilla Gardening over a decade ago, I’m fascinated by the idea and am delighted every time I come upon the unexpected results of someone’s bold, counterculture gardening actions — whether it’s a tomato plant stuffed defiantly into a city-owned flower bed, or a full-blown garden in a space marked for condo development.

In the city, there are vast areas of concrete and glass with very little in the way of plants. Sure, there are parks and neatly maintained planters, and if you go a bit further out, there are some spectacular residential gardens, but deep within the city, there’s just not enough greenery, and my heart yearns for it.

I strongly believe that people have a deep connection to nature, and, without it, there is a void to fill — whether that be food for the soul through the presence of flowers and trees or food in the more traditional sense. But sadly, in urban areas such as Toronto, New York, London, Los Angeles, and elsewhere, the sprawl of new developments and condos is forever expanding, meaning that within the concrete jungle, there’s much to be desired in the sense of nature.

This is where Guerilla Gardening comes into play, and, in a big way.

What is Guerilla Gardening anyhow? 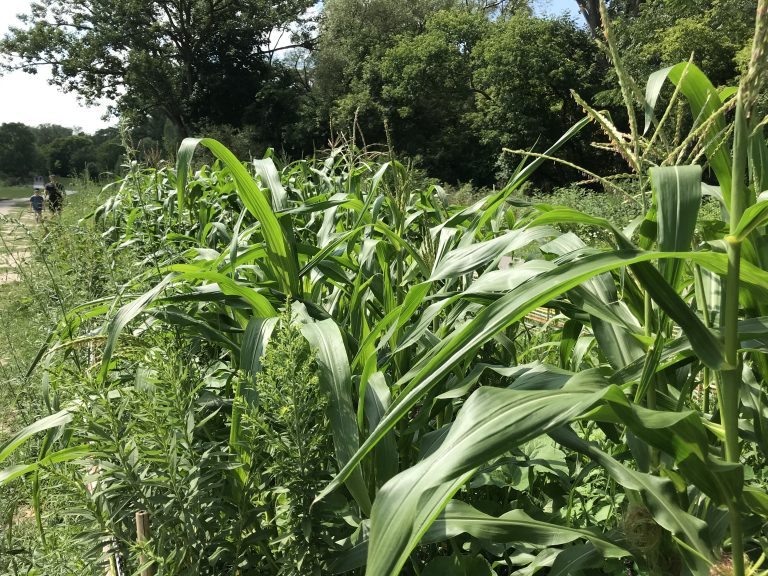 So, what is Guerilla Gardening exactly? Perhaps you’ve heard of it before, or perhaps this is entirely new to you (and, if so, then get excited!)

Fundamentally, Guerilla Gardening is a movement that takes unused or neglected private property (usually municipally owned land) and brings it back to the masses in an attempt to beautify and repurpose every square inch, while often incorporating fresh produce sources to those in need.

Often, the inability to access or grow fresh food on one’s own terms and for little cost is a big disadvantage to inner cities. This is particularly true in the lower-income neighborhoods (but certainly not limited to them), where due to poor urban planning, an overabundance of residential buildings outweighs other much-needed infrastructure such as grocery stores, creating what’s known as a food desert.

Not only that, but empty lots and derelict buildings are commonplace, and considering the high density of city living, space is at a premium, to say the least, meaning that no space should be overlooked for community opportunity.

And this is where Guerilla Gardening has its roots since it looks to make use of underutilized urban spaces.

Although gardening on land that doesn’t belong to you is illegal, many guerilla garden activities do persuade government bodies to think about legal solutions in response to community demand, which prompts them to come up with new and positive initiatives — As can be seen in the case of Liz Christy’s community garden in NYC.

Initially a defiant act of gardening on derelict property, her famous garden has since gained status as a bonafide and protected site that’s now cared for by the city of New York’s Parks Department.

Basically, the idea of Guerilla Gardening is to question the use of land and to initiate change. And often, change does occur.

The idea of reclaiming land for gardening is nothing new, and there are countless stories throughout history that point to this type of activity, with an early example coming out of the United Kingdom when a man named Gerrard Winstanley formed a group of reformers called the Surrey Diggers in the 17th century.

Believing that land should be available to anyone to cultivate, no matter their social or economic status, he began a campaign of illegal gardening on private crown property in an attempt to change land-usage rights for the betterment of the people. Unfortunately for Gerrard, his group was eventually forced into cessation, but his visionary idea never disappeared.

Have you ever heard of the legend of Johnny Appleseed? Well, as it so happens, the character we know and love from folk songs was very much a real person in 19th century America. Being famed for traveling around and planting apple trees everywhere he went, his legacy lives on. Some might say that he was a Guerilla Gardener at his core.

Clearly, rouge cultivation has been around forever, but the term Guerilla Gardening didn’t come into existence until the 1970s when Liz Christy of NYC coined the phrase for her gardening activism, which she led with a group of like-minded individuals called the Green Guerillas.

Traveling around New York, she and her team would seek out empty lots or neglected areas and toss seed bombs into them (seed bombs are essentially neat little packages consisting of flower and veggie seeds mixed with compost and soil).

As her movement expanded, it developed into full-blown (and illegal) community garden initiatives as an attempt to bring food, beauty, and pride to underfunded inner-city communities who were experiencing the fallout of financial recession.

By sharing an interest in maintaining these gardens in what would otherwise be empty spaces, many neighborhoods found a revitalized sense of community — all because of her radical vision.

To this day, Liz Christy is seen as the mother of Guerilla Gardening and has inspired countless people worldwide to pick up their spades and get defiant with dirt. By reclaiming and reusing land that’s otherwise being ignored, many Guerilla Gardeners carry on her legacy and attempt to build community and give back through the cultivation of land — with or without a permit.

Following in her footsteps, Ron Finley of South Central Los Angeles has gained publicity in recent years through his Guerilla Gardening activity, speaking at TED talks, and many other outlets to spread his message and encourage others.

Similar to Christy, he argues that fresh, non-GMO, non-processed food is often a rarity in many communities, including his own, making the case that gardening is of utmost importance for the well-being of disadvantaged neighborhoods both mentally and physically.

With many groups advocating and partaking in such initiatives with the intent to make a change for good, Guerilla Gardening has grown in popularity. And rightly so, since it’s often cited that such activities help communities, improve health, boost air quality, and reduces our carbon footprint.

At the heart of this movement is the idea of recycling and repurposing. Whether that be through reimagining overlooked land and turning it into something beautiful and purposeful, or through taking obscure or unused items within our urban environments such as unused phone and newspaper boxes, and turning them into green art installations, brimming with flowers and other plants, the outcomes are always striking and stir conversation for change.

Often Guerilla gardeners will seed or cultivate the sides of busy streets, parkways, bike lanes, park spaces, corners of parking lots, abandoned cars, and even cracks in the pavement to prove that any space can be reinvented and incorporate plants for the better — including gardening DIY projects using recycled junk items.

Think of it as the greenest green movement one can take part in!

Although traditional Guerilla Gardening can be, and often is illegal, the idea stems from the right place, and the benefits undeniably outweigh the negatives no matter how you look at it. In fact, many municipalities are now seeing gardening as an opportunity for community improvement and are openly funding a variety of legally backed initiatives such as purpose-built community garden sites and other projects which have been inspired by Guerilla Gardening practices.