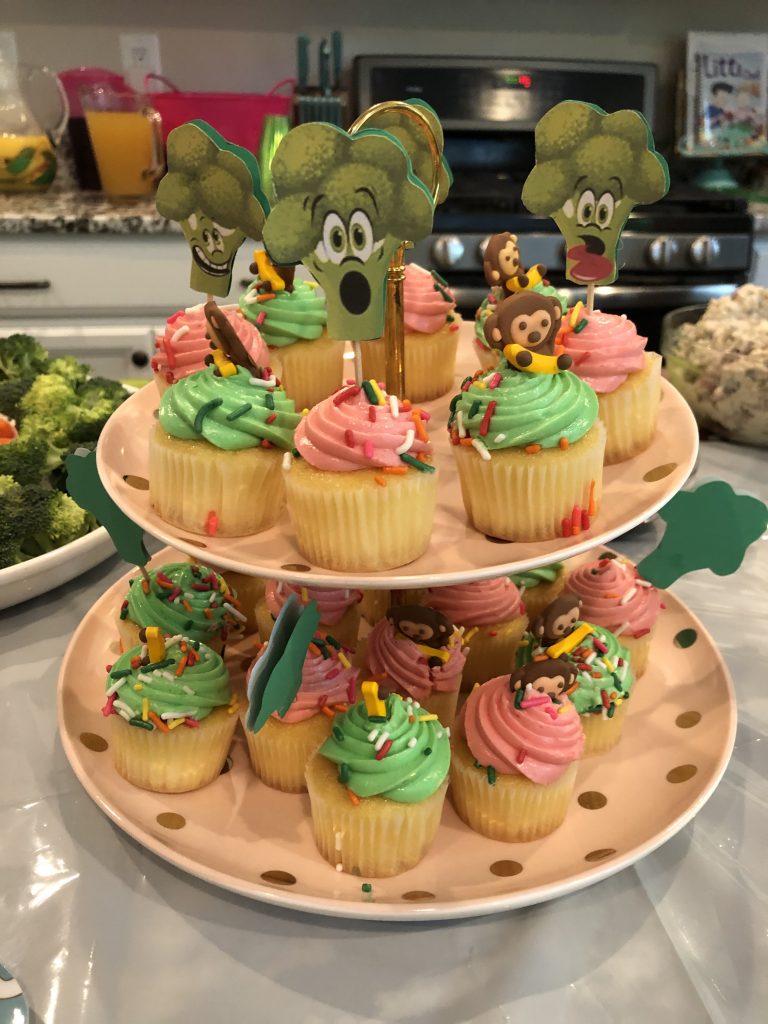 How to Host an Awesome Broccoli Party

A broccoli party? Who would ever think of such a theme? Our daughter, that’s who. This Pinterest mom couldn’t say no. Read all about our super awesome broccoli inspired birthday party so you can host one as well. 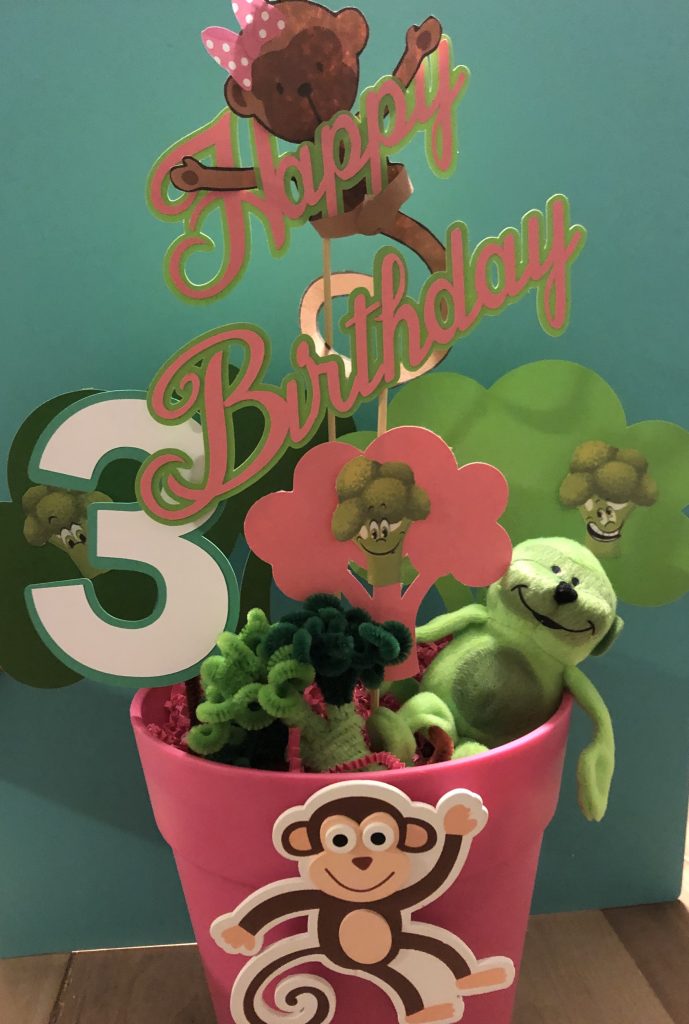 Our daughter turned three this weekend. She requested a broccoli party. Yes, you read that right, a broccoli party. She’s probably the only child to ever ask for a broccoli birthday party, but how could I say no? She has had a love affair with broccoli since she first tasted it at six months old. It sounds quite funny, but it’s true. For her second birthday that’s all she asked for, broccoli. I gave her a huge broccoli crown and she was just thrilled. Of course, she also received traditional birthday gifts as well.

She decided that this year her party also needed to include her favorite stuffed animal, a monkey. So it became a broccoli monkey party. Read on to see what this Pinterest mom came up with and how to throw your own super awesome broccoli party.

I love homemade things and I love being the one to make them. Decorating for the party is almost as much fun as attending a party to me. I love the look on family and friends’ faces when they see everything. For the broccoli party decorations I made: 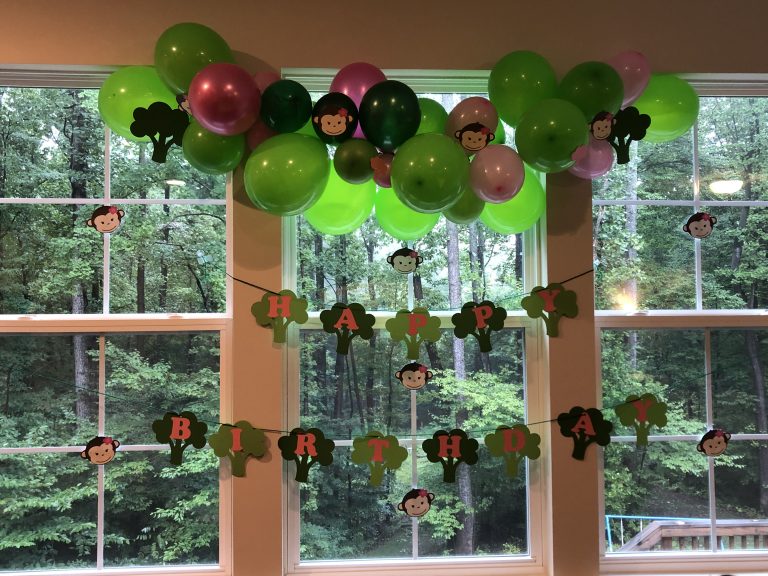 How to make a balloon arch

The colors for the party ended up being mostly green and pink with brown from the monkeys. This is the first time I’ve made a balloon arch. The trick to making one is to string all of the balloons together with fishing wire. Simply thread a needle with fishing wire and thread the balloons on one at a time. It looks the best when you alternate different sizes and colors of the balloons. I also taped broccoli and monkey cutouts to it.

How to make a broccoli banner

The happy birthday banner was also made with broccoli cutouts. I simply chose a broccoli picture I liked on google images and cut them out with my Silhouette Cameo on cardstock. You can just print them out and cut them by hand. I’d recommend printing them on cardstock to make them sturdier. I also chose to alternate dark and light broccoli to give it more dimension. Then I cut out the letters for happy birthday and glued them on with a simple school glue stick. I used a hole punch and then strung them all on a piece of green yarn and attached them to the windows with suction cups. You can hang it on a fireplace mantel or simply on a wall as well.

How to make a centerpiece

The next decoration I chose to make was the main table’s centerpiece. This went right in front of the window and together, they were the first things friends saw when they arrived at the birthday party so I knew it needed to be fun. I used a bright pink pot as the base. See, every gardening tool has a use. I’ve had that one for a few years and have not used it since it doesn’t have any drainage holes. I didn’t notice that when I purchased it. This turned out to be the perfect use for it. I filled the pot with flower foam and covered it with Easter basket stuffing. Then I cut out broccoli pieces and the words happy birthday in cardstock and glued them to skewers. I also made broccoli out of pipecleaners. That was a lot easier than I thought. 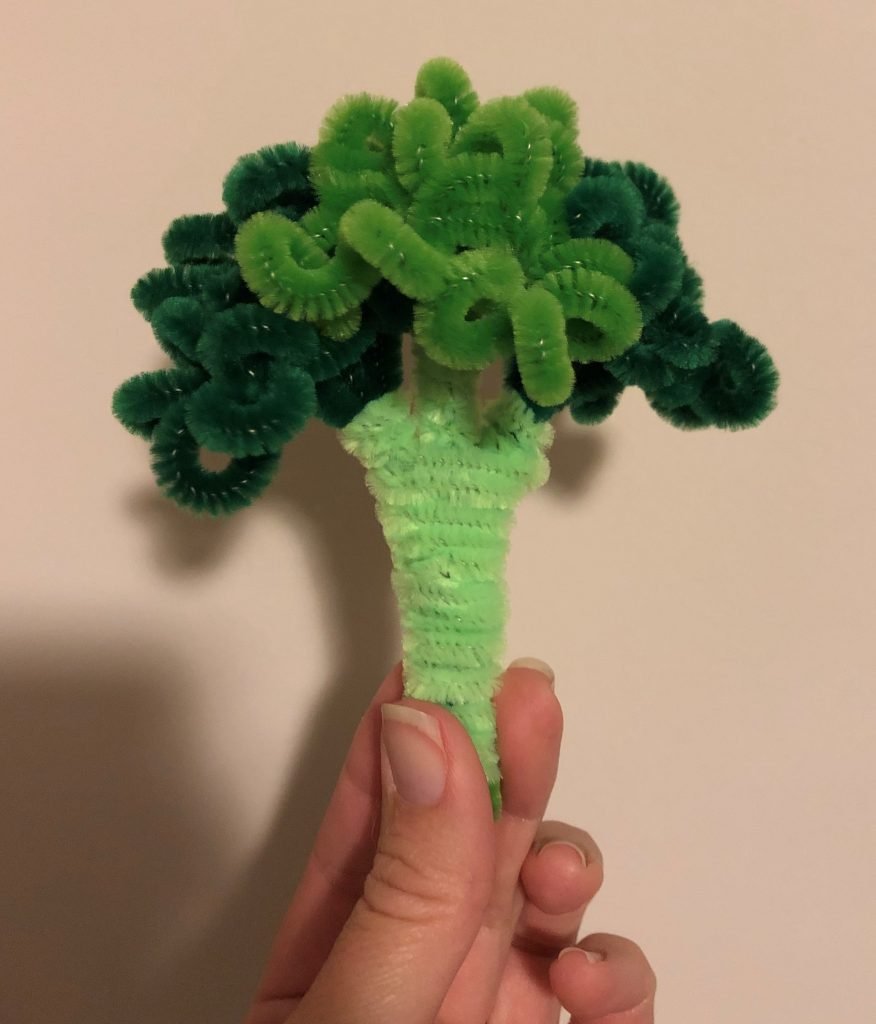 How to decorate the thank you table 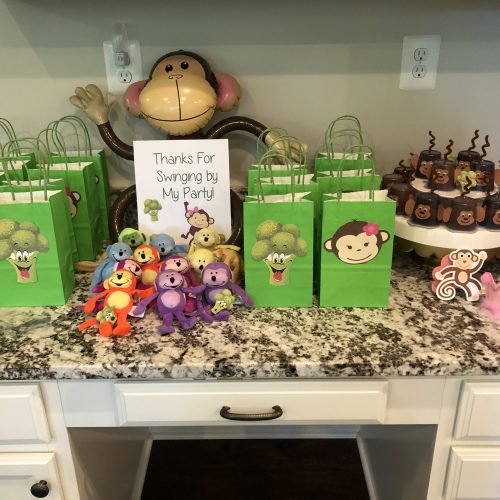 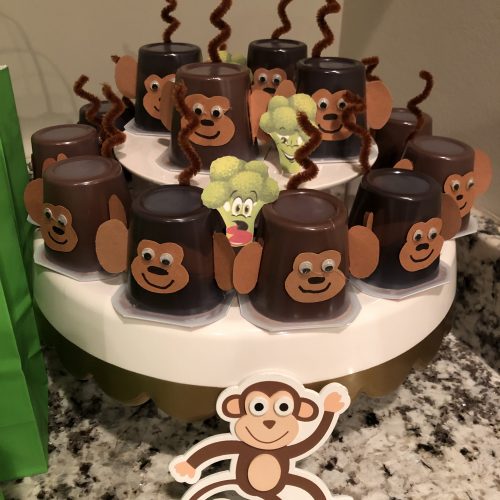 Yes, we had a thank you table. I don’t know when party favors became a thing. We certainly didn’t have them when I was a kid. Now children and parents alike expect them. I didn’t want to fill ours with junk though so I made monkey chocolate pudding cups and had a tiny monkey for each child to put in their bag after collecting the toys and snacks from the pinata. I alternated monkeys and broccoli paper cutouts on the bags so kids could choose which one they wanted. I think it all turned out pretty cute and everyone was happy with it.

How to make broccoli cupcake toppers

You aren’t likely to find any broccoli cupcake toppers so you’ll want to make these for your broccoli party. I found some broccoli characters with funny expressions on their faces. I cut them out on cardstock paper then I traced one and cut it out on green cardstock. I then hot glued the two to a toothpick. On the day of the party the birthday girl helped get ready for the party by placing the cupcake toppers into the cupcakes.

I also cut out extra broccoli pieces in different shades of green and tapped them to the bathroom doors so that when someone asked to go to the bathroom, I could simply say it’s the door with broccoli on it. I put one on the drawer that has the trash can in it and also on the two sliding glass doors so no one would end up walking into them. 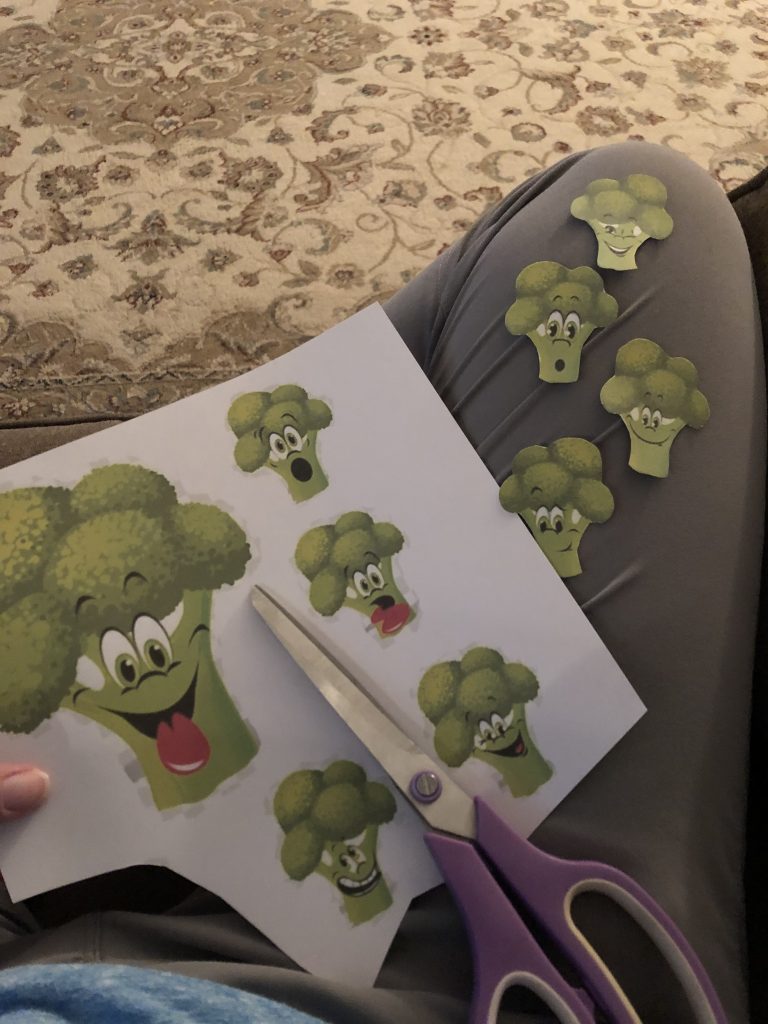 How to make chocolate broccoli

After the decorations were all made, I moved on to making the food. I decided to make chocolate broccoli. You’re probably surprised, intrigued and maybe even a little grossed out by the idea. Hear me out though! I thought it would be funny because that is a very unusual party food. Who eats chocolate broccoli? I was sure our daughter would, but not so sure that any of the party guests would. 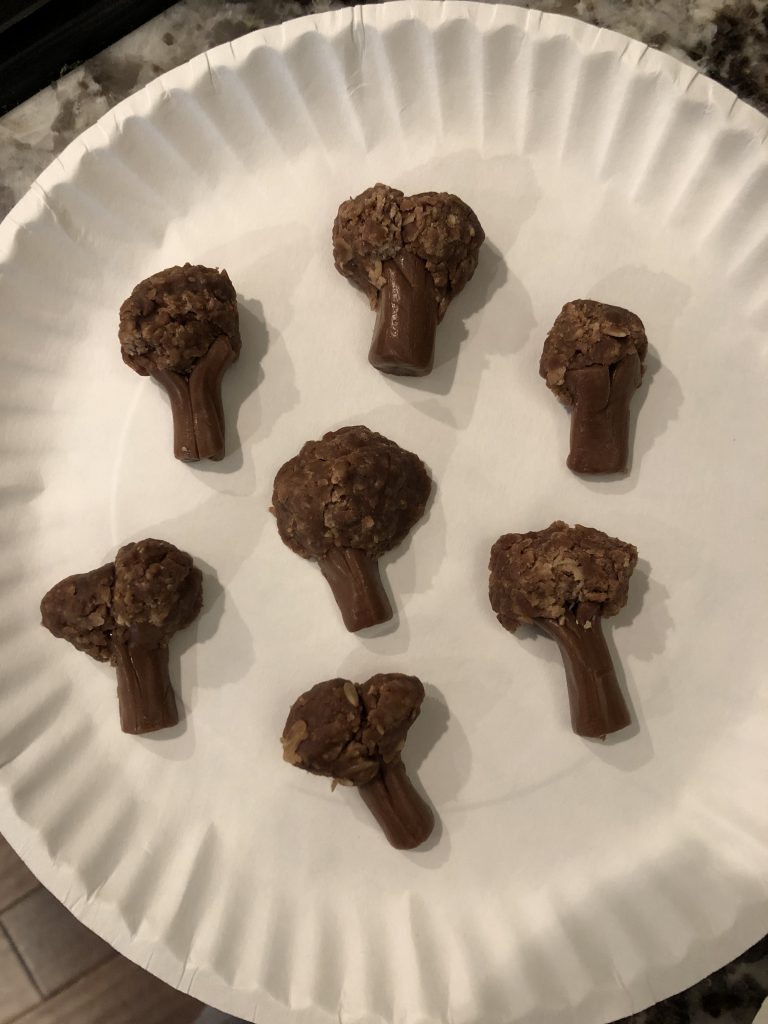 My first thought was to blanch fresh picked broccoli from the garden and then freeze them quickly. After they were solid, I was going to dip them in melted chocolate and then refreeze them. Again, while I was sure Lilly Ann would eat it, and I would try it, none of the party guests were likely to try it. So I did make a few for us, but then decided to get a little creative with the idea.

I made dessert chocolate broccoli instead. I used no bake chocolate cookies for the top and tootsie rolls for the stem. They were a huge hit! At first I wasn’t sure if they even looked like broccoli, but so many people thought they were. It was great! They were gone pretty quickly.

How to make a broccoli shirt

I decided to make one last thing for the party, broccoli shirts. Lilly Ann calls herself Super Broccoli Girl and runs through the house pretending to be a superhero. Kids are adorable. I found an image of a girl superhero online and changed the color to green and then added a small broccoli to the character’s chest. I then wrote Super Broccoli Girl and cut it out in vinyl with my Silhouette Cameo. I have a heat press that I used to press the vinyl onto the shirts. I think they came out pretty good. Lilly Ann loved them. 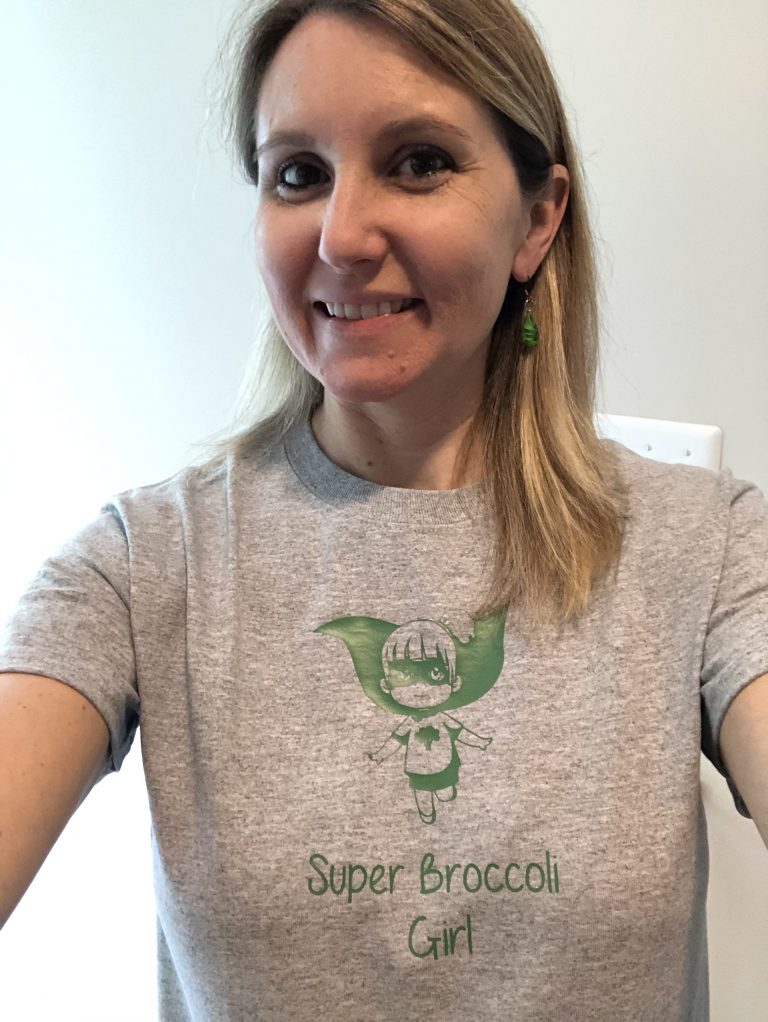 I had a lot of fun making everything for the broccoli party. Our friends and family really liked everything as well. Most importantly, our daughter loved it and had a wonderful time celebrating with everyone. It was a really fun party.

Are you inspired to throw an awesome broccoli party? What about a carrot party? We love vegetables in our house. Share your thoughts below. 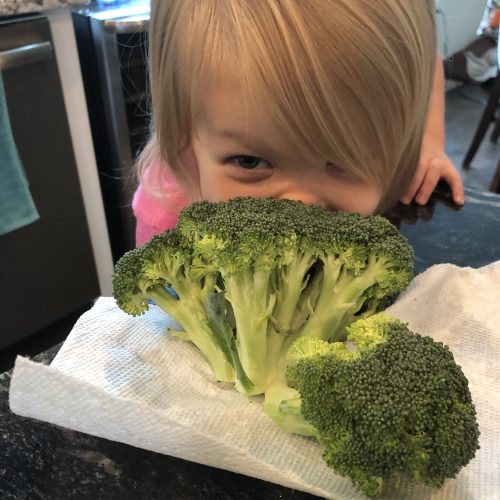 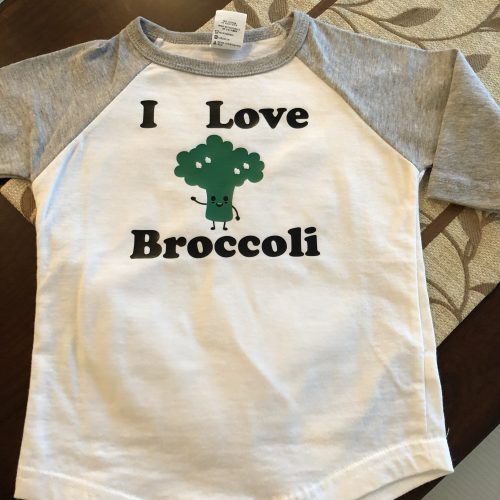 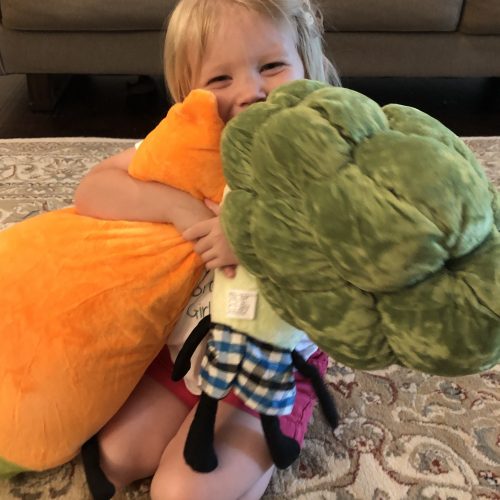 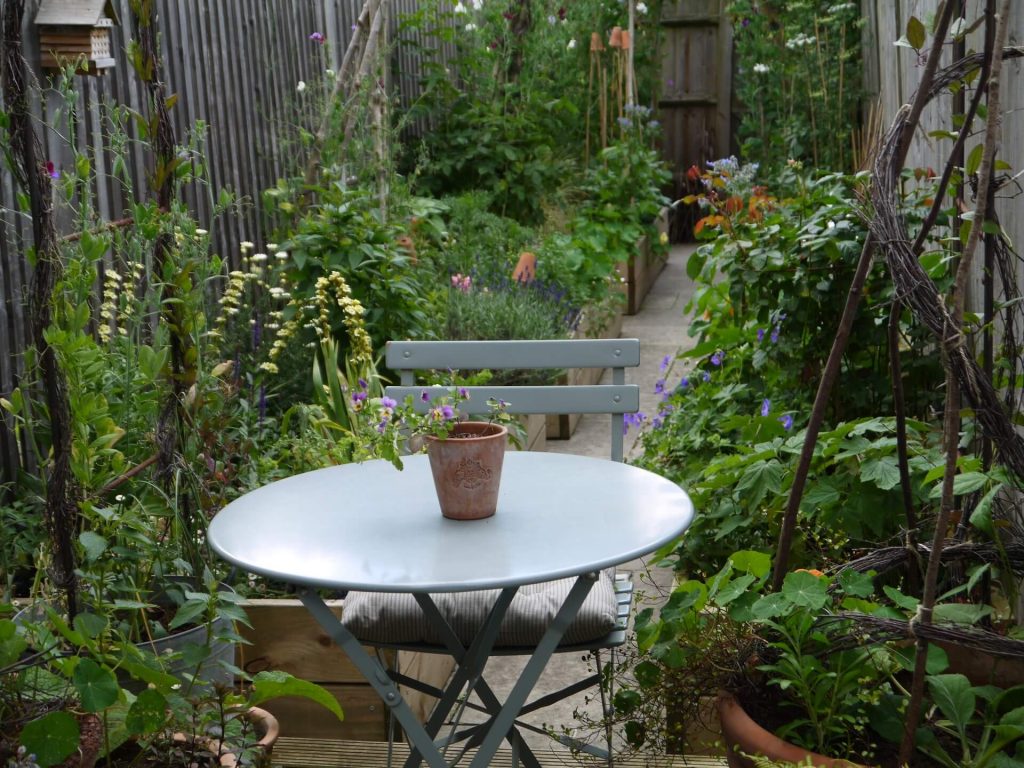 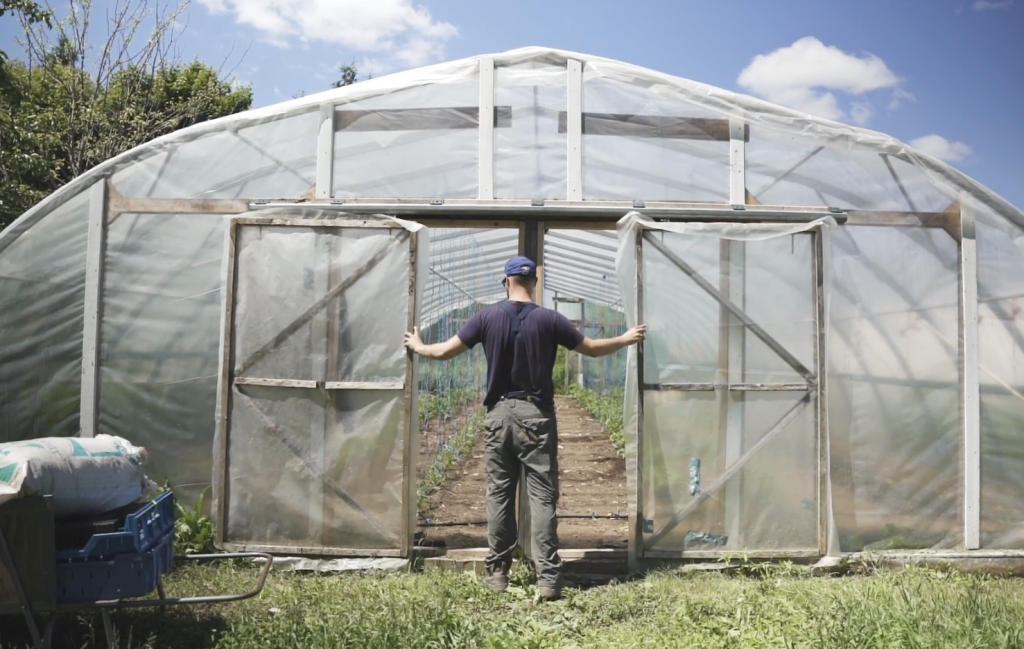 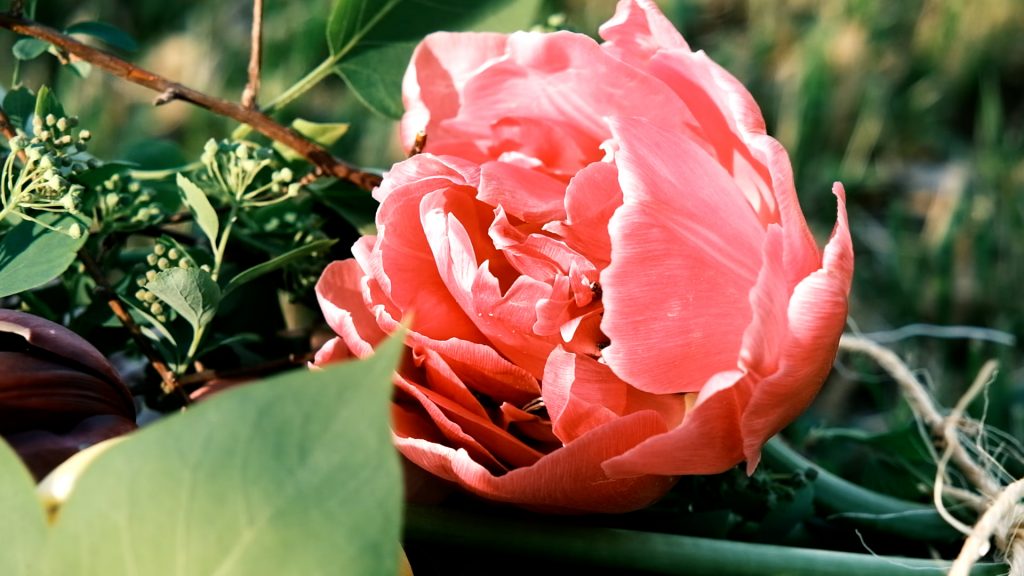 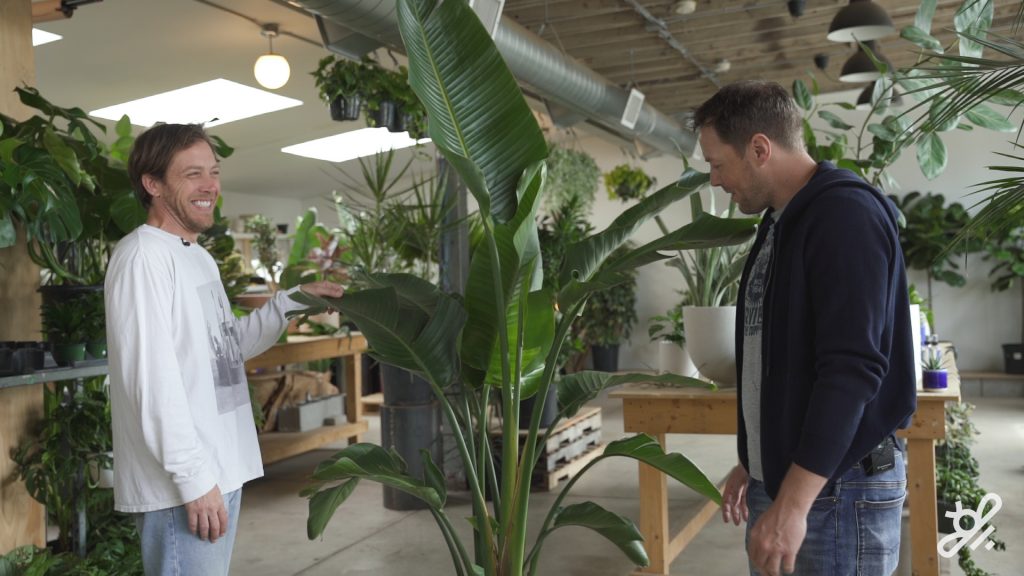