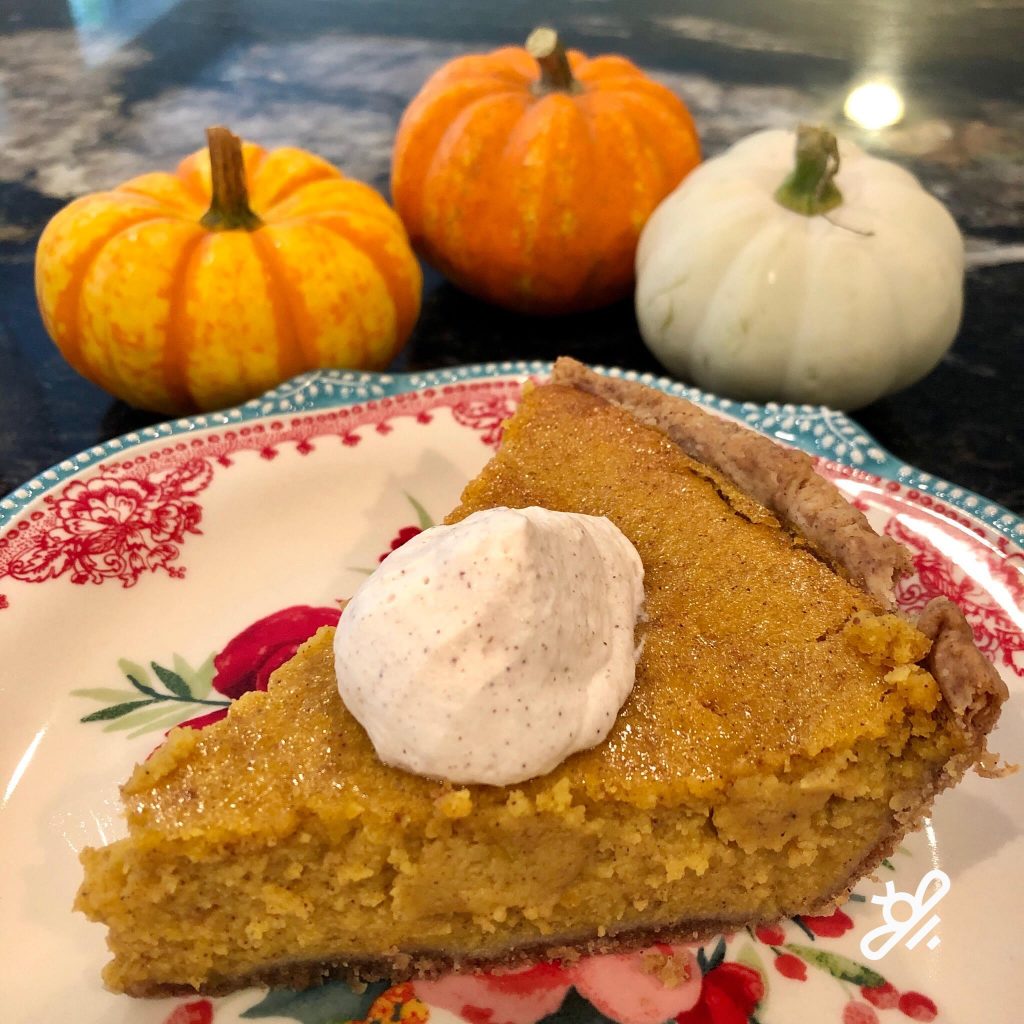 How to make pumpkin pie from a real pumpkin

Have you ever made pumpkin pie from a real pumpkin? Try this delicious pumpkin pie recipe and welcome fall into your home.

I love pumpkin everything. I really do. Fall is my season. From growing and harvesting pumpkins to eating and drinking everything pumpkin flavored, fall is the best season of all. There are a million recipes I could probably share of pumpkin deliciousness, but what I’d like to share most of all is a straight forward, easy, and delicious pumpkin pie recipe. 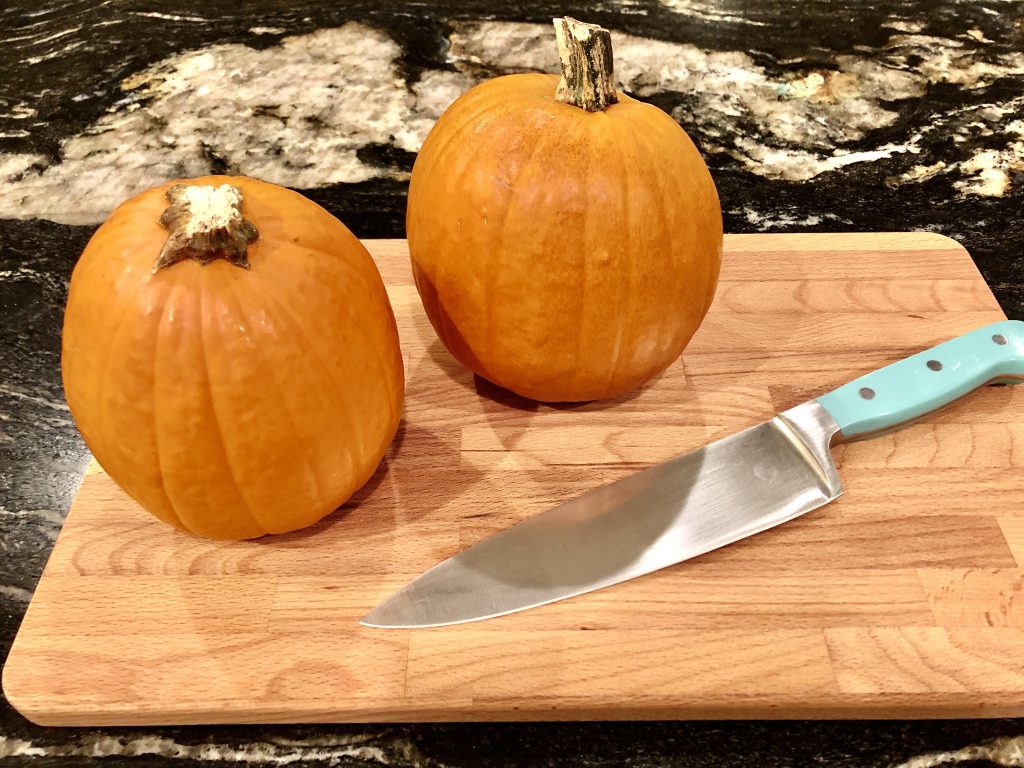 Have you ever made pumpkin pie from a real pumpkin? If not, this is your year to give it a try. It is easier than you think and you will have such a great sense of satisfaction knowing your pie is completely made from scratch. I love bringing homemade goodies to gatherings with friends. Everyone oos and awws when I say something is made from scratch. I think that’s because people don’t make things from scratch as often as they used to. We’re all very busy and it’s so easy just to buy something already made, or at least start with part of the pie ready to go.

If you grew sugar pumpkins this year, then you really should make pumpkin pie with those beautiful pumpkins. If you didn’t grow your own, you can pick up a few at a pumpkin patch, a pumpkin stand or your local grocery store. Here’s a basic recipe that will have you boasting about your homemade pumpkin pie to all your friends. 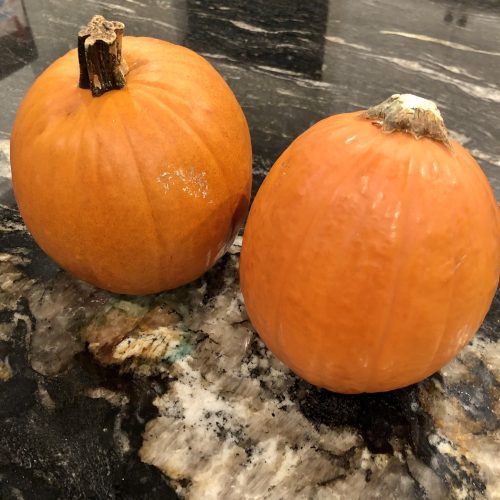 Start with the right variety of pumpkins, sugar pumpkins. Large pumpkins that we traditionally think of as jack-o-lanterns aren’t ideal for pie as they are very stringy and have a lot of seeds. There really isn’t very much “meat” to the larger pumpkins. Sugar pumpkins, also known as pie pumpkins, are sweeter. They are also pretty small. When picking a sugar pumpkin, look for one about 6 to 8inches (15 to 20cm) wide and about 2 pounds (.90 kg). You might need two sugar pumpkins to make a pie if yours are smaller.

Now that you have the right pumpkins, it’s time to roast them so that you can turn them into pumpkin puree for your pie.

How do you roast sugar pumpkins? 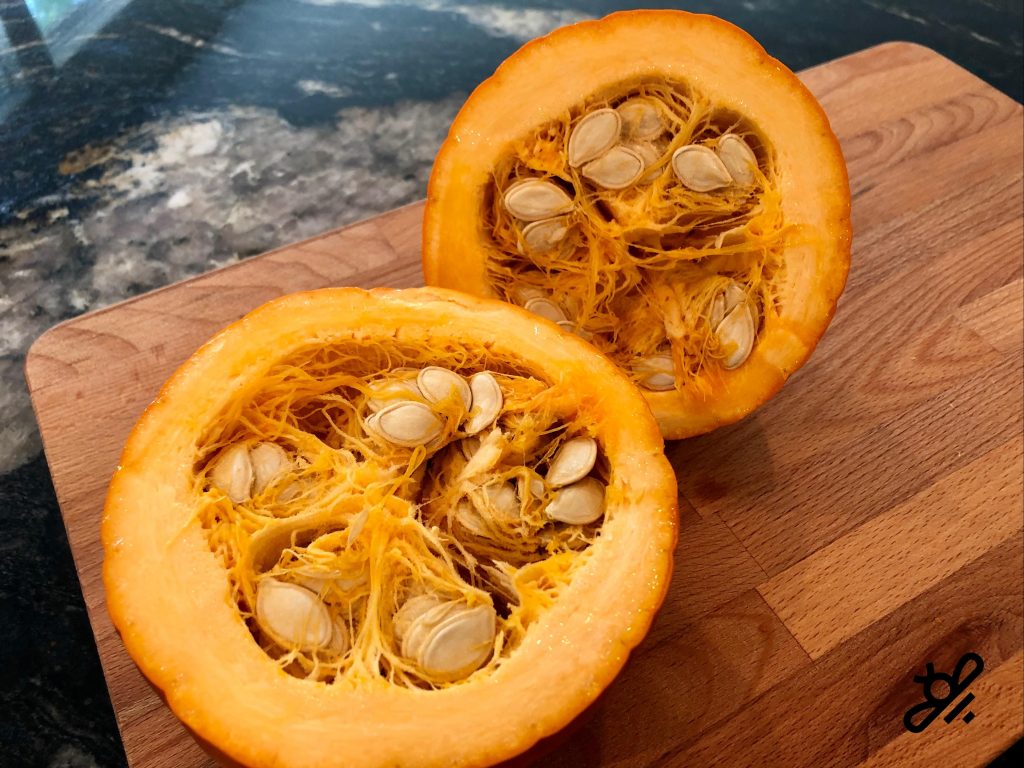 First wash your pumpkins and scrub them lightly with a vegetable brush. You want to make sure you aren’t pressing any dirt or contaminants into the pumpkin as you cut into the flesh. Dry the pumpkins off so they aren’t slippery to work with, then place them on a cutting board. Turn the pumpkin on its side so that the stem is facing to your right or left instead of straight up. Then simply cut the pumpkin in half. You can cut off the stem if you want to, but you don’t need to.

Next you’ll need to scrape out all of the seeds, which you can save to roast later, as well as the stringy mass. Make sure to get all of the strings. Once you have done that, place the pumpkin halves flesh side down on a parchment or foil lined baking pan and bake at 350°F (176° C) for one hour. Oven times will vary so check it at about 50 minutes. You’ll know the pumpkin is done cooking when you poke a fork into it and it goes in easily. Remove the pumpkins and let them cool enough to touch.

How do you make pumpkin puree? 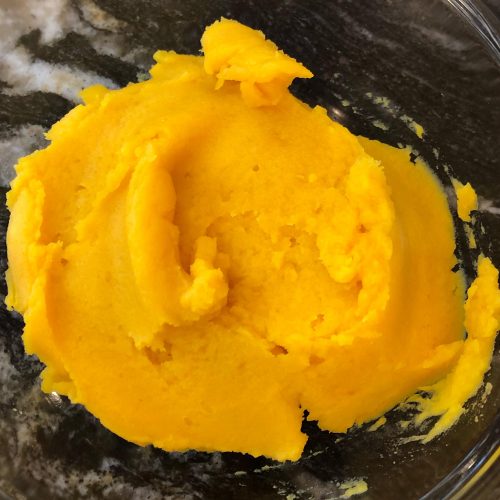 Once your pumpkin cools enough, scoop out all of the flesh and discard the outer part. You can add the outer shell to your compost pile or feed it to your chickens if you have those. Next, you can either mash the pumpkin with a potato masher or pulse it a few times in a food processor. You can also use an immersion blender if you like or even a regular blender. If you find that your pumpkin puree is too watery, you can strain it through cheesecloth to remove the excess water. Congratulations, you have just made pumpkin puree from real pumpkins!

How do you make pumpkin pie?

You’ll know your pie is done when you insert a knife into the center and it comes out clean. If you’re feeling really ambitious, and want the entire pie to be made from scratch, then you can also make your pie crust. If not, you can pick up a ready-made pie crust at your local grocery store. Here’s an easy pie crust recipe if you’d like to make your own. 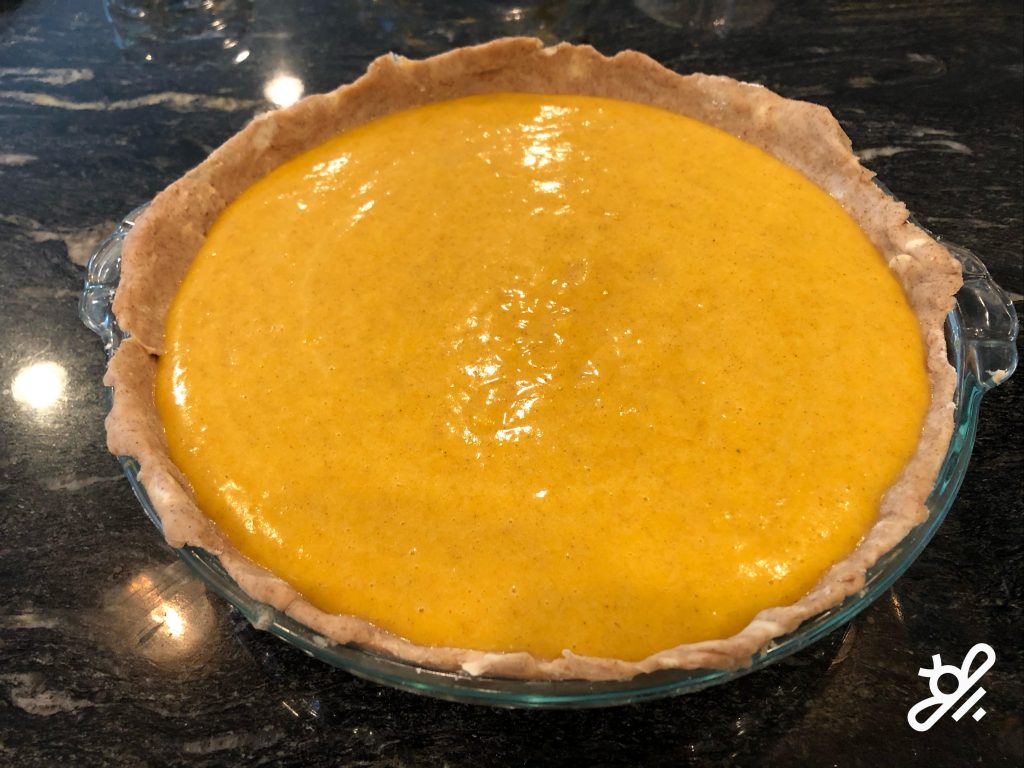 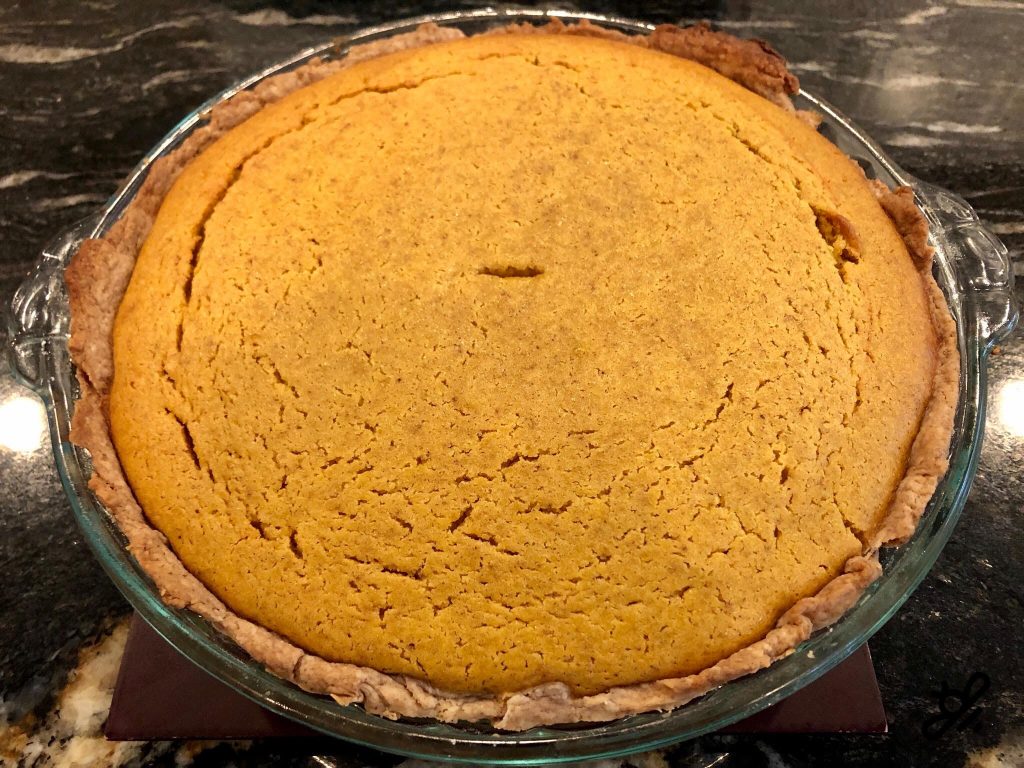 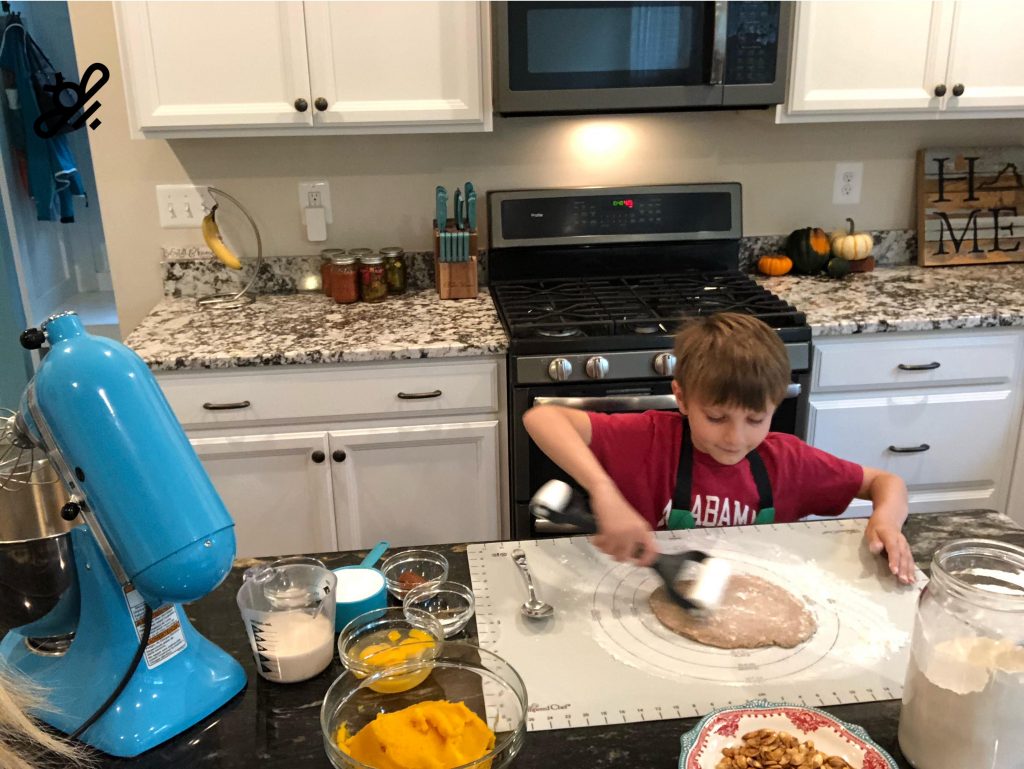 Your pie crust is now ready for the pie filling. 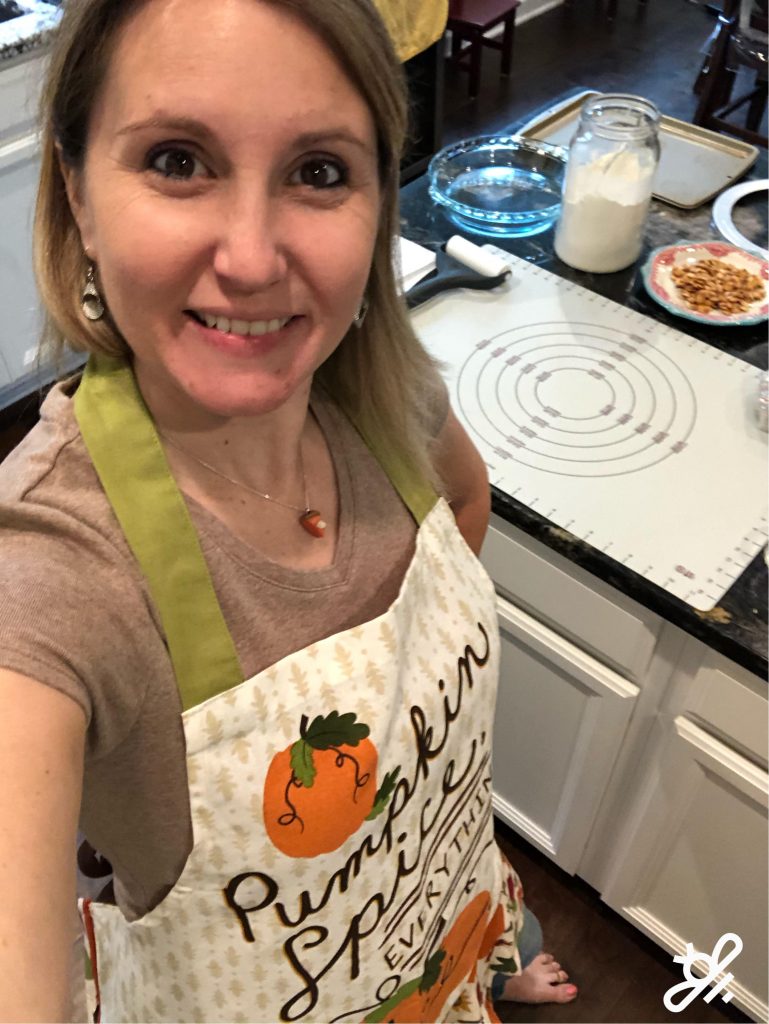 If you truly love pumpkin spice everything, like I do, then you’ll love this recipe for a pumpkin spice crust. This is the one I used with the pie in the photos. It’s an amazing all around pumpkin flavor.

Did you make pumpkins for the first time this year from real pumpkins? How did it go? Share in the comments below. 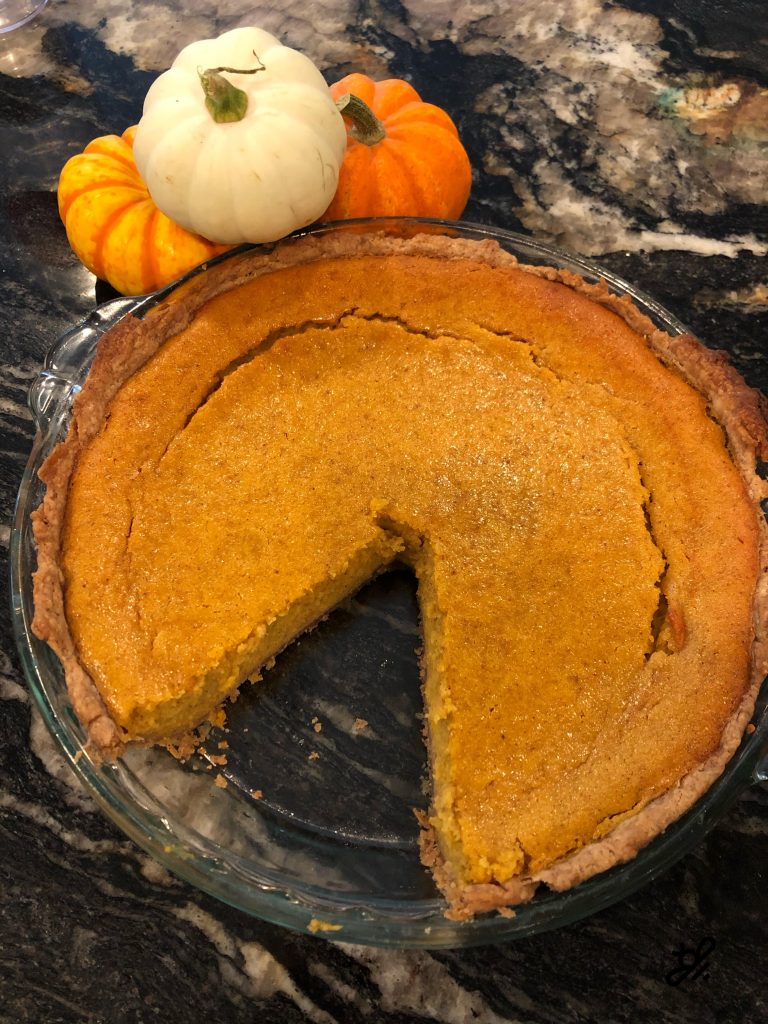