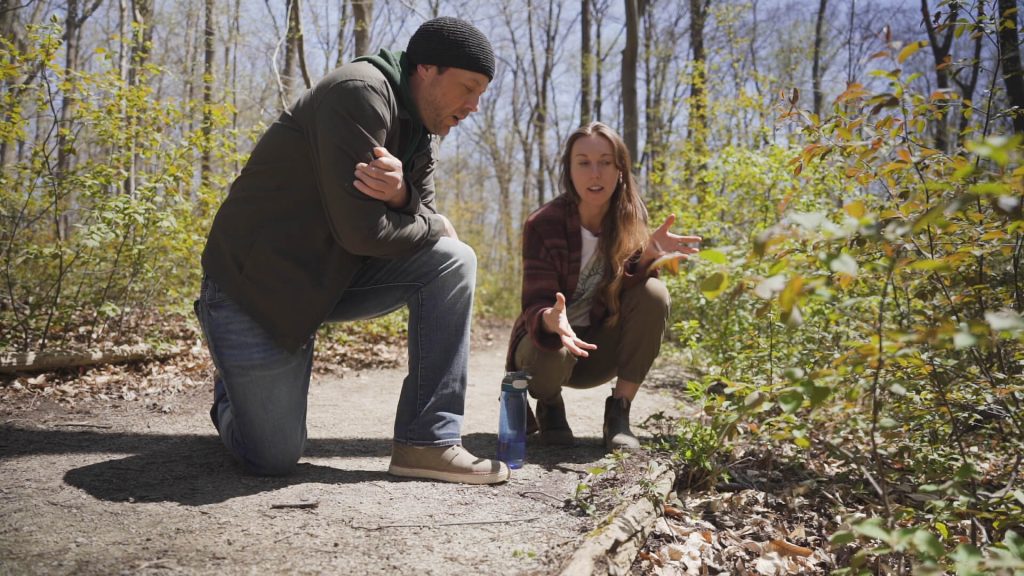 Sustainable Roots part three: a walk in the woods

In the last instalment of our three-part series, we take a walk in the forest at the Humber Arboretum. In a jam-packed episode, co-owner of Sustainable Roots Reid Williamson leads us on an informative, biodiverse woodland tour. Along the way, Reid teaches us a bit about spring ephemerals and touches on the subject of invasive plants versus native species.

Reid also tiptoes briefly but eloquently into the ‘hot topic’ of dandelions and shares an insight into the role ants play in seed dispersal. She finishes with a brief discussion of how even an invasive species like phragmites can play a useful role as a carbon sink.

Just your basic mind-boggling impartation of tons of information in a five-minute video sort of thing.

Watch the video below. If you’d like more information about the topics Reid and our host Dan Fox chat about, scroll down to the article. It’s just beneath the video.

Spring ephemerals: what are they and why are they important?

Spring ephemerals are plant species present in forests for a brief periods of time in early spring. Native plants like trout lilies, trilliums, Dutchman’s breeches, jack in the pulpit and bloodroot may be familiar to anyone who’s hiked in forests early in the season.

Once spring ephemerals finish blooming, they die back to their underground components (roots, tubers, rhizomes). They capture energy and nutrients and move into the dormant phase of their life cycle, as the leaves of the forest canopy emerge in later spring.

Spring ephemerals are important to ecosystems for their significant contribution to forest habitats.

They’re also early spring sources of nectar and pollen for pollinators like bumblebees. Plus, some bumblebees choose their nesting sites based on spring flowering ephemerals available in an area.

We mentioned Reid stepped briefly into what she describes as the ‘hot topic’ of dandelions. They’re not native to this area, but are they invasive?

As Reid puts it, dandelions are a naturalized species that spreads easily. “They’re just really good at being plants”. They also have a useful role to play as another early spring source of pollen and nectar for pollinating species like bumblebees.

In lawns, dandelions are a good representative of that oh-so important element of ecosystems — biodiversity. They’re also 100% edible, from root to stem to leaf to flower. Which makes them not just food for pollinators, but food for humans, too.

The focus of Reid’s workshop at the Humber Arboretum was garlic mustard, an invasive species you can read about here, in part two of our series.

During our forest walk, we learned that garlic mustard disrupts the forest’s mycelium (fungi) network (dubbed the ‘Woodwide Web’ by German forester Peter Wohlleben). This disruption interferes with plants and trees’ ability to communicate with each other. 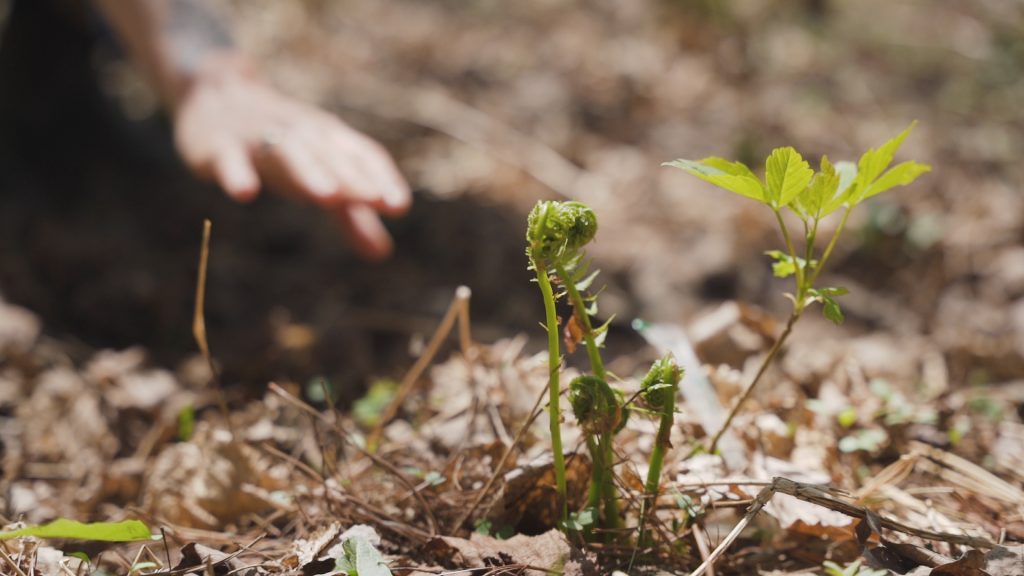 Ants, the seed spreaders of the forest

Another thing we learned from our walk in the woods with Reid — it’s not just the charismatic bumblebees who do good work in ecosystems, but ants, too.

Ants are important seed spreaders on the forest floors of deciduous woodlands like the Humber Arboretum. In fact, about 35% of plants in the forests in eastern North America rely on ants for seed dispersal.

Phragmites: an invasive species, but also a carbon sink

Last, just as we thought we couldn’t learn any more in one brief forest stroll… we emerged from the woods to find out about phragmites.

Nature Conservancy Canada considers phragmites to be Ontario’s worst invasive species, thanks to their capacity to choke out plant life in wetlands, “leaving frogs and turtles without vital habitat”.

As Reid shares with us, phragmites are also not a good source of food for native species, and they displace songbirds from their habitats.

But phragmites are an effective carbon sink. So, once we get rid of them, where does that carbon end up? A reminder that there are no simple solutions to the problems posed by invasive species in our environments.

If you haven’t already, you can learn more about Reid and about the work she does in parts one and two of our series.