The Amazon: A Mysterious Realm - gardenstead Skip to content

The Amazon: A Mysterious Realm

As gardeners and lovers of the great outdoors, we know that nature is incredible. From the tiniest bud to the tallest tree, and everything in between, the earth’s diversity of plant species is divine.

And, speaking of plant diversity, the Amazon Rainforest is a plant lover’s dream. Mysterious and enticing, this incredible place leaves anyone with an appreciation for greenery awestruck.

I admit this fascination with the Amazon isn’t a direct link to gardening, but, considering that it hosts the largest variety of flora and fauna in the world, it’s certainly a topic of fascination for any green thumb or connoisseur of all things plant-related.

Known as the most biodiverse spot on the planet, the Amazon Rainforest is thought to consist of over 360 billion trees, spanning an area of five-hundred-fifty-million hectares (or 40% of South America). And, within this vast space, flourishes an estimated forty thousand plant varieties, as well as thousands upon thousands of bird, fish, reptile, amphibian, insect, and mammal species (and that’s only what’s been documented!).

But fathom this — most species that grace the Amazon are not even close to being discovered yet. And, as it stands now, we know very little about this impressive forest, so little in fact that it might as well be an entirely different planet! It’s said that pockets of this dense area are among the least explored places on our planet, making the Amazon’s possibilities endlessly important to our future.

Want another neat fact? It’s believed that one in ten species on the planet calls the Amazon home, making it one of mother nature’s most impressive spots on earth.

From the emergent layer of tallest trees that break through the forest roof to the lush canopy itself and the vast understory of plants that thrive beneath it, the Amazon consists of many layers of ecosystems that all work together to promote a perfectly harmonious cycle. And, with all of these dense plant layers, it can take upwards of ten minutes for rain to pinball its way down to the forest floor!

Home to some of the tallest trees on the planet, such as the towering Dinizia Excelsa and Kapok Tree, to name a few, the Amazon also houses some of the rarest Orchids in the world as well as vast numbers of Bromeliads and countless other unusual flowers, vines, and plants.

Although mainly uninhabited and unexplored, it’s important to acknowledge that various indigenous groups have called the Amazon Rainforest home for thousands of years. It’s believed that at one point in time, almost five million individuals lived under its lush canopy in communities that unobtrusively coexisted with their environment by working with the rainforest as opposed to against it.

Sadly, however, through the introduction of foreign diseases such as smallpox, as well as through deforestation, indigenous populations now hover around a meager two hundred thousand people. Their situation is so dire that some villages have been purposely cut off from the rest of the world in an attempt to protect them from further outside ailments and unwanted influences.

Lungs of the Earth

Nicknamed the Lungs of the Earth, the Amazon does a beautiful job at producing 6% or more of the world’s oxygen. Now, some might not think that’s much, but, in the larger scheme of things, it’s huge.

Through photosynthesis, all of those fabulous plants that burst into life under the Amazon’s lush canopy work to keep carbon dioxide at bay, eating it up and spitting out clean, breathable air for species such as ourselves. Not only that, but it also assists with releasing rain back into the atmosphere, which, along with the oceans, works to balance the earth’s temperature.

Sadly, however, the Amazon is at threat and, as we speak, is nearing the point of no return. Some say that in the near future, this forest may become a dustbowl consisting of dry grassland-like conditions.

Due to wide-scale deforestation techniques along with the abuses of resource hoarding, we are losing mass amounts of this precious rainforest every year. It’s believed that in 2018 an estimated 17% of the Amazon has already been lost due to human activity. And, to add to this figure, the massive wildfires that have devastated portions of the Amazon throughout 2019 have further accelerated this number.

How dire is the situation? Well, scientists are warning that if we lose another mere 8% of this vital rainforest, our entire existence could be at stake due to increasing carbon dioxide emissions and greenhouse gases, all of which further accelerate global warming.

And what’s causing this phenomenon? Well, it all comes down to four main culprits — illegal logging and mining, clearing land for farming, oil drilling, and lastly, expanding developments such as highways and other infrastructure projects.

Sure, there are attempts to curb this trend towards destruction, but unfortunately, as it stands now, it’s not enough, and we need to aggressively change our behavior on a larger scale (and fast) to save the lungs of the earth.

Now enough with the doom and gloom of what could be. Let’s focus on a few intriguing details about this unique corner of the world, and celebrate how wonderfully unusual the Amazon is!

Here are six thrilling and hard to believe (but true) facts that come straight out of the Amazon Rainforest:

Have you ever seen a lily pad so big that you lie down on it? Well, in the Amazon, there’s a species of lily pad called the Victoria Amazonica, which looks like it came right out of a mad scientist’s laboratory. Reaching an average circumference of 7 feet, and able to withstand a weight of up to 300 pounds, you could easily pretend to be a frog for the day and laze away on one of the giants — Think of it as nature’s pool floaty.

Most of us know that the majority of our medicine derives from plants. But, did you know that a whopping 25% of all of our modern medicine has roots in the rainforest? And, what’s surprising is that only 1% of plants in the Amazon have been studied for medicinal purposes. There must surely be a cure for everything within its depths — If only we could crack the code!

Sure, there are hot springs dotted all over the world, but in the Peruvian Amazon, there’s an entire river that flows just below boiling point at a steamy 200-degrees Fahrenheit (less than ideal for a dip). Once thought to be the stuff of legends, the boiling river was recently rediscovered and has since become a spot of fascination. Running 6 feet deep and flowing over 3 miles in length, it’s one of a kind.

Perhaps you’ve heard of Groot from the Guardians of the Galaxy comic book series (he’s the superhero that looks like a walking, talking tree). But, sometimes fact is stranger than fiction — as is the case in the Amazon, where there’s a tree called the Walking Palm. Okay, it doesn’t actually walk per se, but it is known to change its location ever so slowly. In its search for sunlight, the Walking Palm kills off old roots and grows new ones in the direction it would like to move. Within one year, it can travel up to 20 meters. Not bad for a tree!

What does the Sahara desert of Africa have to do with South America’s largest rainforest? Well, it just so happens, quite a lot! Sure, there’s an ocean between them and about 6,000 miles, but surprisingly, the sands of the Sahara Desert play a huge role in the health and growth of the Amazon’s plants. Each year, an estimated 27.7 million tons of Phosphorus rich dust and sand from Northern Chad travels across the ocean and fertilizes the soils of the Amazon. In fact, 56% of the dust that helps grow this rainforest’s greenery comes from Africa.

Plastic can be a real problem for our environment, and a single plastic cup can take up to 1,000 years to decompose (frightening when you think of all the single-use plastics that are in use today). Luckily, there’s been a recent discovery coming out of the Amazon, in which a special kind of mushroom, known as Pestalotiopsis Microspora, can literally accelerate the decomposition of plastics. What an exciting and timely discovery — With more research, let’s hope we can put these mushrooms to good use!

Whether you’re a self-confessed plant fanatic or simply fascinated by far reaches of the earth, the Amazon is undeniably an intriguing place that fills our collective imagination with enchantment.

Jam-packed with tens of thousands of plant and animal species, this enormously diverse and mysterious part of the world should inspire us to learn more and to work with it to untap the potential that lies under its vast canopy in a way that’s both responsible and respectful to the earth. After all, this is one gem we can’t afford to lose. 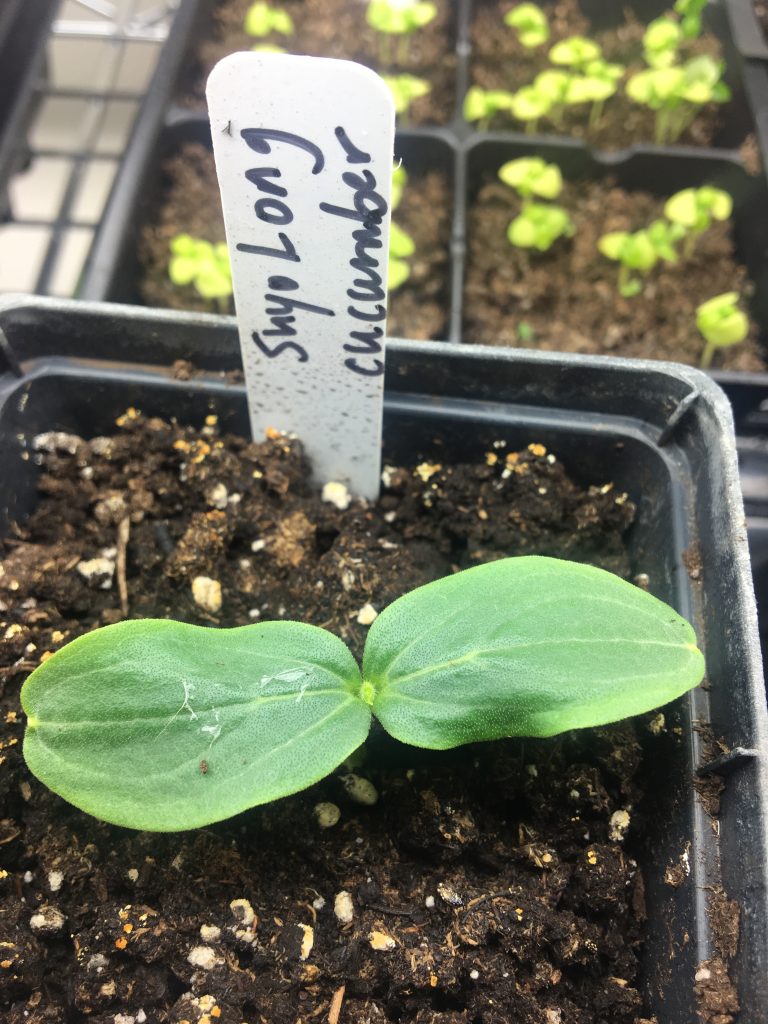 How to Grow Cucumbers 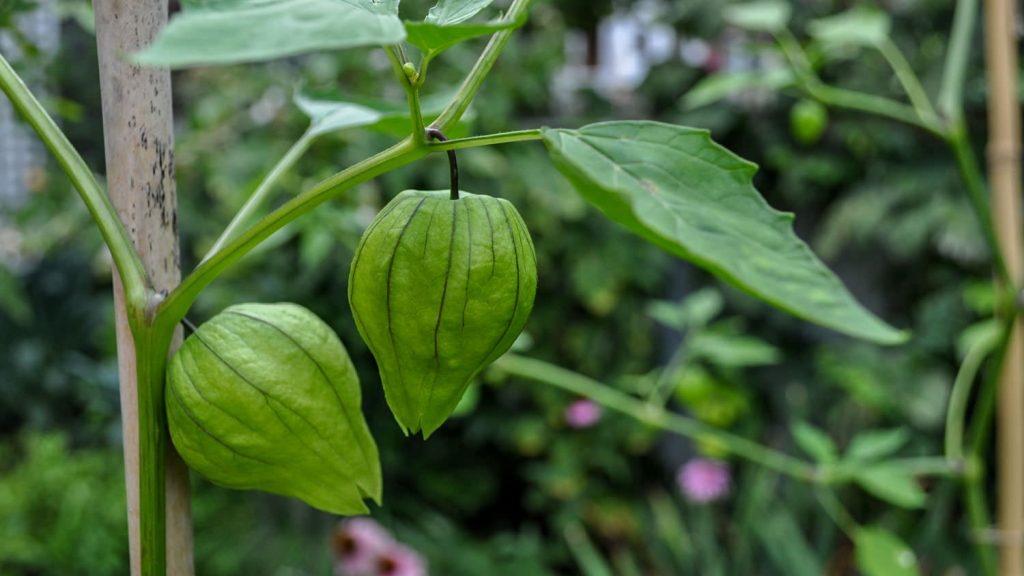 Why I Grow… Tomatillos 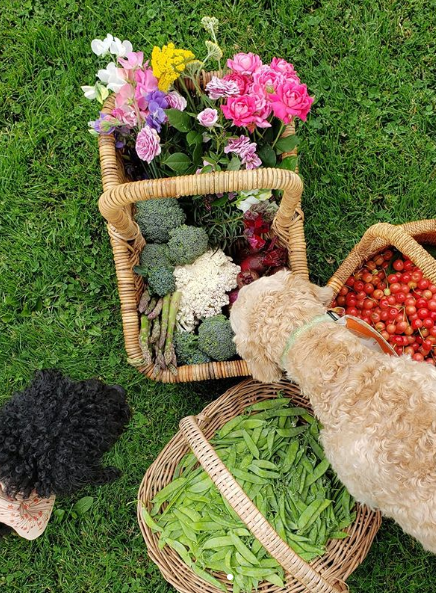