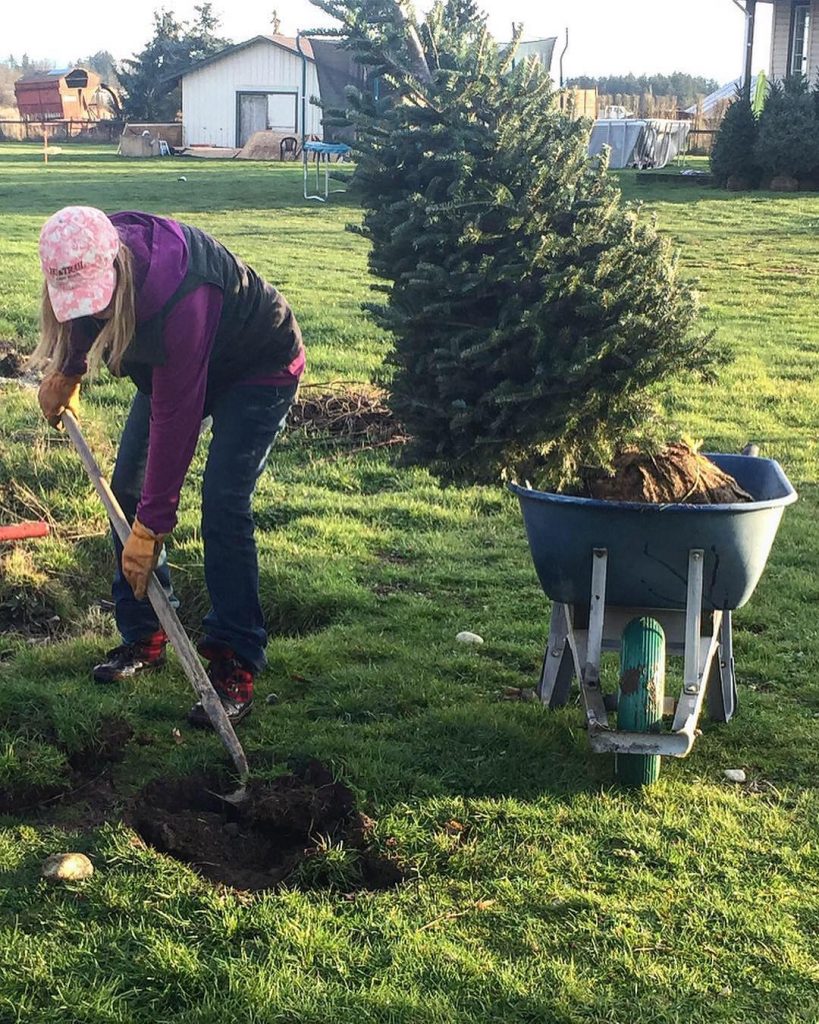 The future of Christmas trees

Is the next best thing in Christmas trees neither a cut tree nor an artificial tree, but instead a rather more lively third option? Let’s see.

O Christmas tree, how do I do the right thing?

If you’re eco-conscious, you might find this time of year daunting for the options available for earth-friendly/sustainable Christmas trees. Is it wasteful to buy a tree, just to throw it away (even if it’s turned into mulch or compost)? And is it worse to buy an artificial tree, and worry about the amount of plastic involved (even if you use the tree for many years)? Generally, the consensus is that it’s better to get a real tree and make sure it’s responsibly disposed of (composted or mulched), but there’s some debate about that, even so.

There is another option

Live potted Christmas tree rental could someday be the widespread answer to this conundrum. In this model, you pay a fee to rent a tree for the holidays, and then return the tree at the end of the season, where it’s put back out into nature to live and grow until the next year’s festivities. So, you get a living tree for the holidays, to decorate and take care of (dry, heated indoor air means potted trees need frequent watering), and then have the pleasure of returning the tree outdoors for the majority of its lifetime.

In the United Kingdom, the service is relatively popular, with a number of businesses offering potted tree rental. Rental Claus, profiled by the BBC, has been in business since 2012, with many of its customers returning year after year — many to get the same tree each year. Their (mostly) Norway Spruces are grown in 35 litre pots, and are put back in the field in early January.

Here in Canada, Evergrow Christmas Trees in British Columbia has rented live potted Christmas trees to customers since 2009. After a runaway successful start, renting out all their trees in their first year, they’ve continued to be successful, with a delivery and pickup service (of primarily Fraser Firs) that has earned glowing reviews. Evergrow started to experiment with renting trees in Ontario, but so far it hasn’t started operations in this province.

In the United States, potted Christmas tree rental has a few areas of popularity on the west side of the country, with two well-known businesses in California. There’s also one tree rental outfit in Oregon, which bills itself as The Original Potted Christmas Tree Company — they’ve been operating since 1992, so they may have a bona fide claim.

So, is this the future of Christmas trees? It is, of course, a much better option for the earth, and certainly appealing to gardeners. It’s a great idea for those of us who live in small spaces — with tree rentals starting at the two-foot range. It also removes the “what to do with the tree/where to plant the tree” problem, if you’ve previously decided to go with a purchased live tree and didn’t have a yard in which to plant it.

Christmas tree rental is certainly an idea with excellent climate-friendly timing. Demand will tell if it takes root more widely.