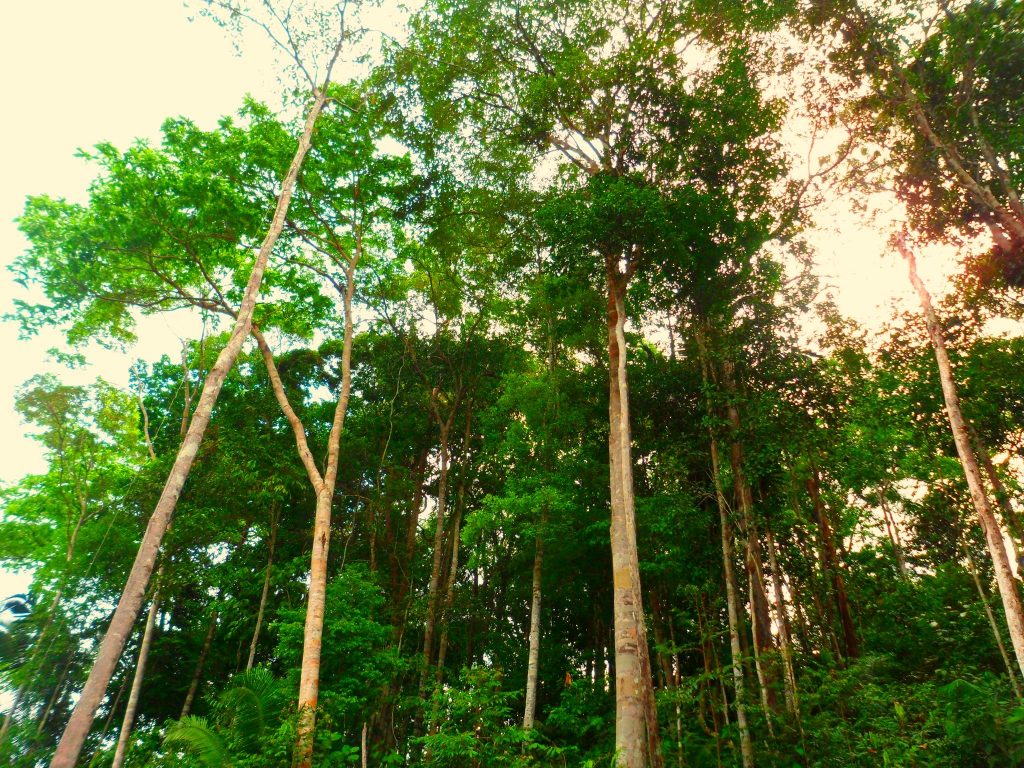 The People Who Grew a Forest

From the deforestation of the Amazon, the devastating wildfires in California and Australia, and the global diminishment of freshwater sources, to the expansion of desertification, we know that there’s a lot of work for humans to take on to try and reverse these trends.

But how? Even on the best of days, it seems impossible!

People often think that their singular actions cannot make a difference, but, as we find out here, one person at a time can, in fact, change the world.

Here’s the story of three individuals, who, in the face of adversity, saw the glass as half full, and knew that the changes needed lay within their own capabilities. Contributing to their local environments by reforesting the land and bringing both wildlife, water, and sustainable food sources back from the brink, these spectacular people are undoubtedly a force of change.

Close to the Bhutan border in the North-Eastern reaches of India’s Assam region, lives a man by the name of Jadav Payeng. And, for forty-one years, he’s been diligently planting trees near his village on Majuli Island.

Early on, Jadav became aware of the negative impacts of climate change on his beloved Island. From eroding shorelines to dying wildlife, the repercussions of these events and the effects on his community were obvious. With extensive flooding and heatwaves killing off flora and fauna regularly, his island was not only rapidly shrinking in size, but it was also turning into a wasteland.

Instead of sitting back and allowing these events to continue, he decided to take action, and, at the age of sixteen, Jadev began his life mission of single-handedly repairing a terrible downward spiral of his native environment. Planting countless trees along sections of shoreline, he’s spent years restoring the land around his hometown, which has now become a lush forest, teeming with wildlife, such as tigers, elephants, and rhinos, to name a few.

Now known as the Molai forest, the fruits of his labor now stand at a whopping 550 hectares — which compares to a land coverage larger than New York’s Central Park and London’s Hyde Park combined.

Lovingly nicknamed the Forest Man of India, this guy’s a real-life superhero. Selflessly protecting his surrounding environment from encroaching poachers, and industrialists who constantly attempt to extort his forest for financial gain, Jadev continues to protect what he’s worked so hard to accomplish and intends to expand on it.

Outside of the massive Brazillian city of São Paulo, near the Serra da Mantiqueira mountain range, comes a story about a man named Antonio Vicente, who has dedicated his life to reforestation.

As a child, it’s clear that Antonio saw lightyears ahead of everyone else around him. Growing up in a cattle farming community, he became acutely aware of the damaging effects that deforestation not only had on local wildlife but also on the vital water supply of his region — which was also disappearing.

Since most of his community widely practiced deforestation methods to create grazing pastures for bovine, being vocal about his concerns regarding diminishing water sources certainly didn’t gain him any popularity in his younger years. However, despite being the odd one out, his views never wavered, and he continued to speak out about his concerns.

As a young man, he set out on a mission and went to work in the city, saving up as much money as he could to achieve his dream. And, in 1973, he managed to buy thirty-one hectares of treeless cattle pasture, which was once known to be a lush forest, with dozens of freshwater springs that had sadly dwindled to just one water source. And so, despite the national trend of clearcutting large swaths of forest for agricultural and industrial purposes, he began his humble pursuit of bringing the pastures back to their original rainforest landscape — all with the intent to rejuvenate the freshwater springs which had mostly dried up.

For almost fifty years, Antonio has planted over 50,000 trees from seed and has managed to transform his plot of land into a thriving rainforest. Boasting tons of native birds, such as toucans, who now feast on the ripe fruits of native trees, alongside lizards, wild boars, and even rare wild cats, it’s clear that his hard work has paid off.

With a total of twenty springs, including eight waterfalls that dot his small paradise (all of which are clean and drinkable), Antonio also succeeded in his goal to bring water back to the land.

How did he do this? Well, his technique of planting trees close together and carefully tending them for up to 20 years at a time, allowed for a dense, lush canopy to develop, which in turn created a flourishing rainforest ecosystem.

In the small West African nation of Burkina Faso, Yacouba Sawadogo is known as a local hero. Not only has he saved his village from going hungry, but he’s led the way in reforesting an area of Africa that had been plighted with a dust bowl effect on wildlife and food sources.

He wasn’t always seen as a hero though — for many years, he was the subject of ridicule, and on several occasions, he even experienced vandalism towards his project. But just like Jadev and Antonio, he stubbornly continued with his vision.

After years of battling famine due to nutrient-poor soil and other factors, Yacouba began to take action against the environmental degradation of his homeland. And, in 1980, he commenced planting tremendous amounts of trees on 40 hectares of barren earth near his community.

Using his ingenuity alongside traditional techniques, Yacouba painstakingly dug pits and filled them with fertilizer to foster the growth of a diverse mix of tree and plant species, which he lovingly tended from seed. He also created stone embankments as well as hand-dug dams to catch and retain rainwater. And, understanding the holistic importance of local wildlife and their place within the environmental cycle, he did everything possible to attract beneficial birds, insects, and animals, to naturally support forest propagation through seed spreading and pollination.

Forty years later, Yacouba’s diligence certainly paid off. Not only has he grown an entire forest ecosystem out of a wasteland, but his reforestation methods have been widely praised, changing how many farmers interact with the land in his region. And, as a result of his ingenuity, he’s helped many communities lessen the likelihood of food and water shortages, inevitably saving countless lives along the way.

But, his battle isn’t over, and although he has the support of many within his community and beyond, he still has to protect his forest from encroaching developers.

As proven, one person at a time can absolutely make a difference. And, with countless others taking similar actions — such as the Brazillian couple who initiated the planting of over two million trees, to the German kid who started a global tree-planting movement, it’s clear that with the right mindset and determination, we can all contribute to the betterment of the world, no matter how small our contribution seems.

Through gardening, or supporting environmentally friendly choices where we can, each of us can be a force for good.