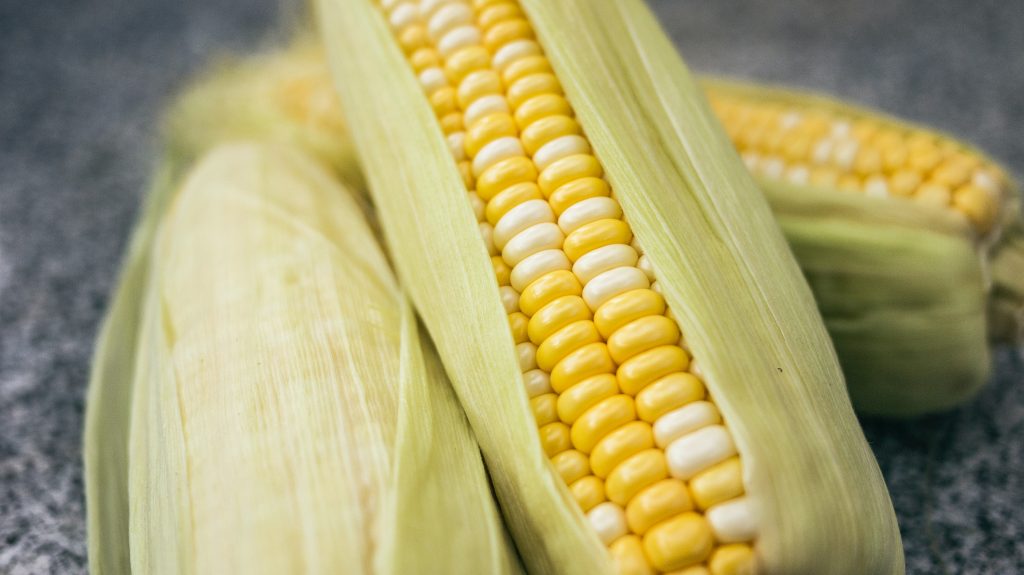 The Wild History of Corn

Where did corn come from?

Did you know corn doesn’t grow in the wild? Corn, also known as maize, comes from the domestication of an ancient grass called teosinte. About 9,000 years ago maize was domesticated in south-central Mexico. It is man made and does not grow in the wild.

Teosinte is a wild grass that looks nothing like corn. It has numerous stalks and is much shorter than corn. There are about 12 seeds inside of the corn cobs, but they are encased in hard shells. Their roots grow very shallow and spread out whereas corn has narrow roots that are thicker and reach much further down.

How did teosinte become corn?

Over the course of thousands of years, people that grew teosinte would keep the best seeds at the end of the growing season. These were the larger softer kernels that did not have hard shells. After years and years of choosing larger and softer seeds, teosinte became maize.

Is maize important in cultures?

Absolutely! Maize has played a very important role in life. It was called “the grain of gods” and has been highly celebrated with rituals and festivals. One group in particular that cherishes maize is the Oaxacans, who refer to themselves as hombres de maiz, which translates as men of maize.

Maize was so adaptable that it became one of the most widely consumed and traded goods. Maize can be stored for a long time in many different ways, making it a hot commodity. It has kept many cultures alive by providing a constant source of nutrients in lean times as well as providing a means of trade.

Why do (some of us) call maize corn?

Only Americans, Australians and Canadians refer to maize as corn. Why did we change the word? The word grain and corn come from the same word translated from the original Spanish maiz. It evolved from being translated so many times, going from Proto-Indo-European, to Latin and Germanic languages before settling on corn. Interestingly, long ago English speakers would refer to any grain as corn that was a major crop in an area. This included wheat, oats and rice. In the days of pilgrims, they referred to it as Indian corn because the Indians grew so much of it. Later the word Indian was dropped and it simply became corn.

How is it possible to have different colored corn?

Did you know corn comes in more colors than just the yellow or white that you see at grocery stores? Just like the word maize evolved after being washed through many languages, corn genetics crossed over thousands of years. If you plant two different varieties of corn near each other now, they will cross pollinate as the wind blows the pollen from each. Corn comes in a whole array of colors including: red, purple, blue, yellow and white, with different shades and mixtures of each.

How many varieties of corn are grown?

There are four main varieties of corn grown. These include: dent corn, sweet corn, flint corn and heirloom (or popcorn) corn. Dent corn is field corn, which is what you probably see growing in fields as you drive by. They are the most widely planted variety and are mainly used as livestock feed. Flint corn is what many of us know as Indian corn. It is the brightly colored corn that we decorate with in the fall in North America. It is mostly used in Central and South America. Popcorn is actually a type of flint corn, but it is harder and more starchy. When it is heated, the moisture inside turns to steam and pops. You cannot pop sweet corn as it is too starchy. It is called sweet corn because it has more sugar than any other variety. 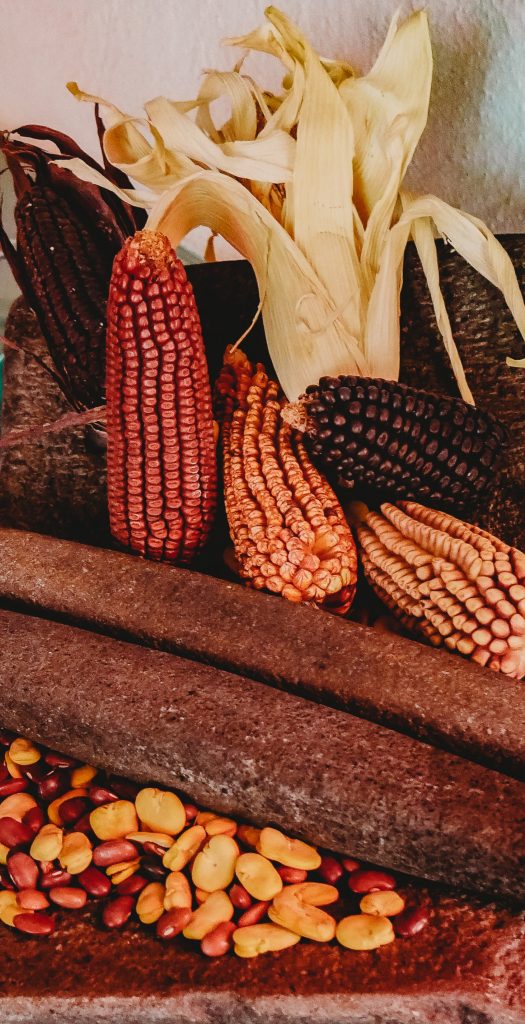 How do you grow sweet corn? 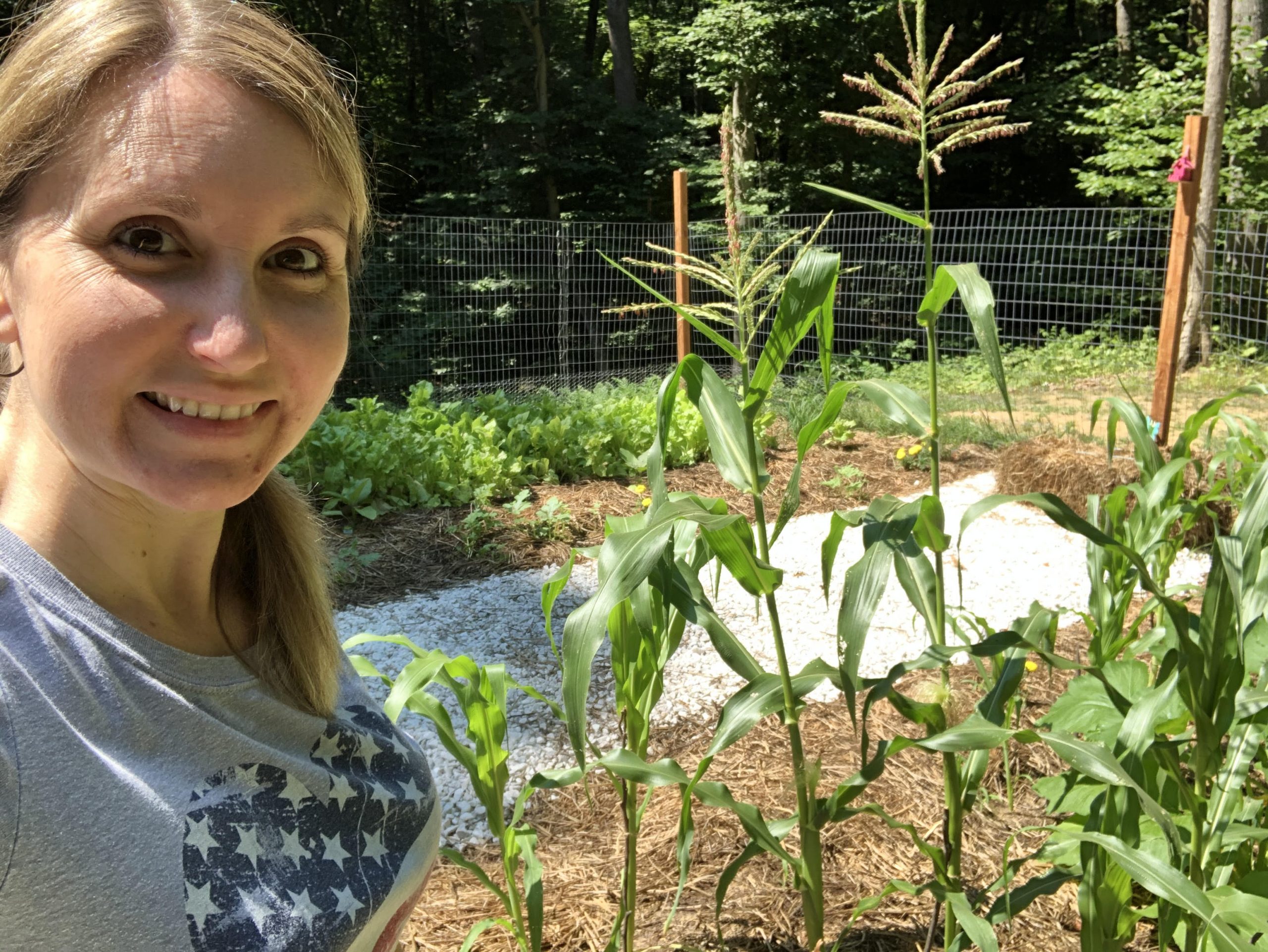 Sweet corn is a summer crop that loves well drained soil, but will grow in most conditions. The soil pH can be anywhere from 5.5 to 7. Plant seeds after the last frost. Make sure you have enough room for the corn stalks to grow. Sweet corn takes up a lot of space and you can’t just grow a few stalks. You need to plant at least four rows of corn for good pollination. You’ll want to plant the seeds close together. Plant the seeds one inch deep (2.54cm) and only three (7.62) to four inches (10.16cm) apart. You only need to fertilize them once, when they are about two feet tall (0.60m). Sweet corn is ready to harvest in about 110 days. This is usually three weeks after the tassels grow. When the silks have turned dark brown, it’s time to harvest. Puncture a kernel with your nail. If a milky white substance comes out, it’s perfect for harvesting.

Now that you’ve read all about corn, pick up some seeds and plant your own corn field. We planted corn this summer and it was so much fun seeing it grow. 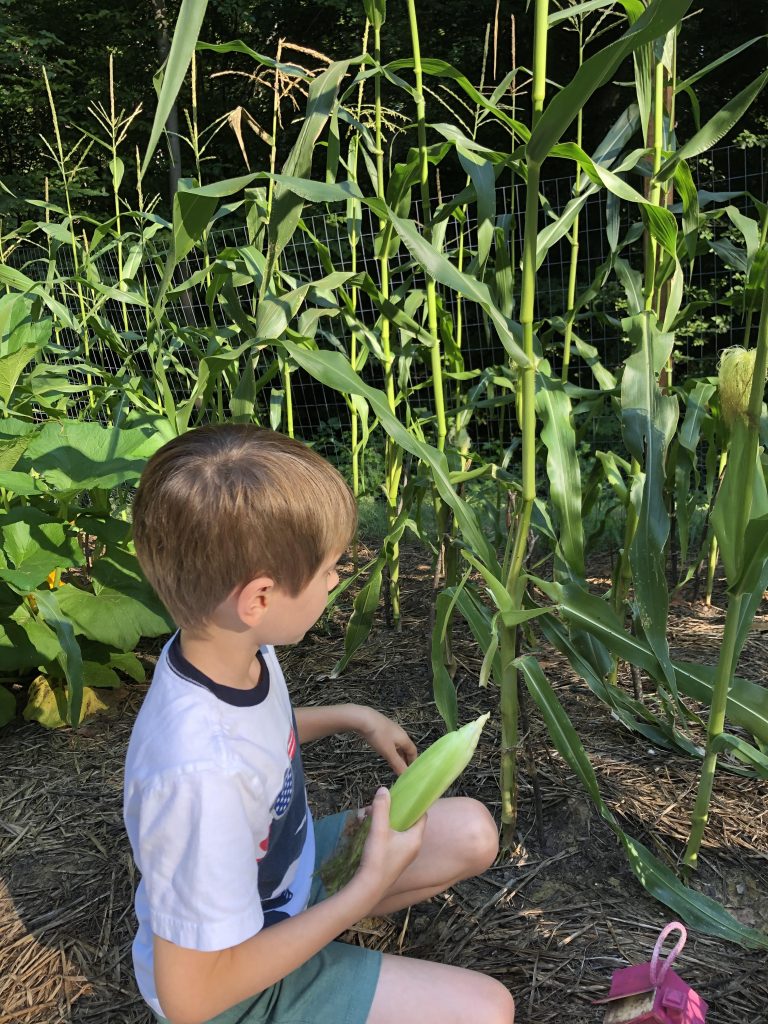