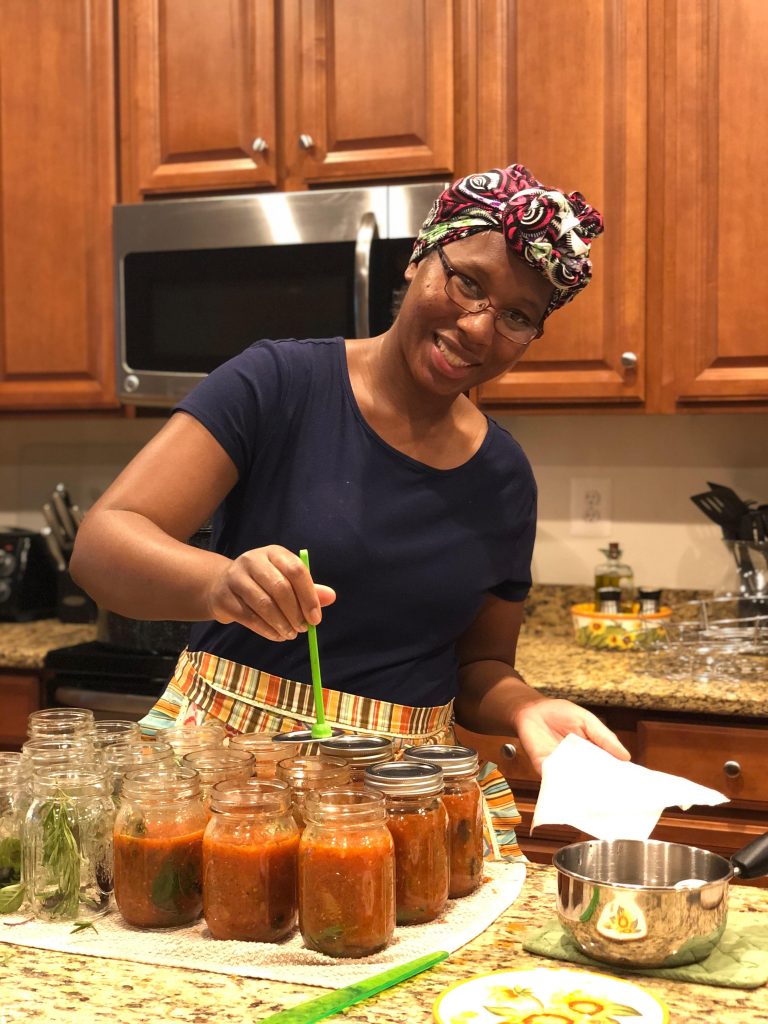 I took a canning class with my good friend Marion and it was so much fun. No wonder everyone is canning! Now I can’t wait to get down to my garden and harvest more vegetables so I can can even more.

Interested in canning your own homemade pasta sauce? Follow my adventure in the kitchen with Ms. Marion to learn how to can. You can also read all about Marion and see how she shines in the garden and kitchen in our spotlight.

It’s all about tomatoes

You’ll need to gather a few things before you jump into the canning process, one of which is of course tomatoes. You will need a lot of tomatoes. Seriously, take the number of tomatoes you think you need and double it.

We used Mrs. Wages Pasta Sauce Canning Mix. It suggests six pounds of fresh tomatoes, which according to the recipe should be about 18 medium tomatoes. The recipe only calls for three ingredients: tomatoes, sugar and one sauce pouch. What’s the fun in following directions though? There were three of us canning that night and we all brought items from our gardens. We had 12 ounce jars instead of 16 ounce jars, which Mrs. Wages wants us to use. We ended up with nine full jars once the sauce was complete.

Follow the directions or take a chance and make it your own by changing things up. If you don’t have the same size jars or medium tomatoes, that’s ok. Go with what you have. We didn’t have the 18 medium tomatoes the recipe calls for because we all grew different types of tomatoes. I had 10 roma tomatoes, Marion contributed 5 better boy tomatoes and Andreina had an amazing 72 cherry tomatoes.

Along with your tomatoes, you’ll need the proper canning tools and any additions you’d like to make to the sauce. We also put in fresh herbs from Marion’s beautiful garden including rosemary, purple basil and sage. You can add herbs now or wait until you’re ready to use the sauce. It’s completely up to you. Here’s what you’ll need for your fun canning adventure. 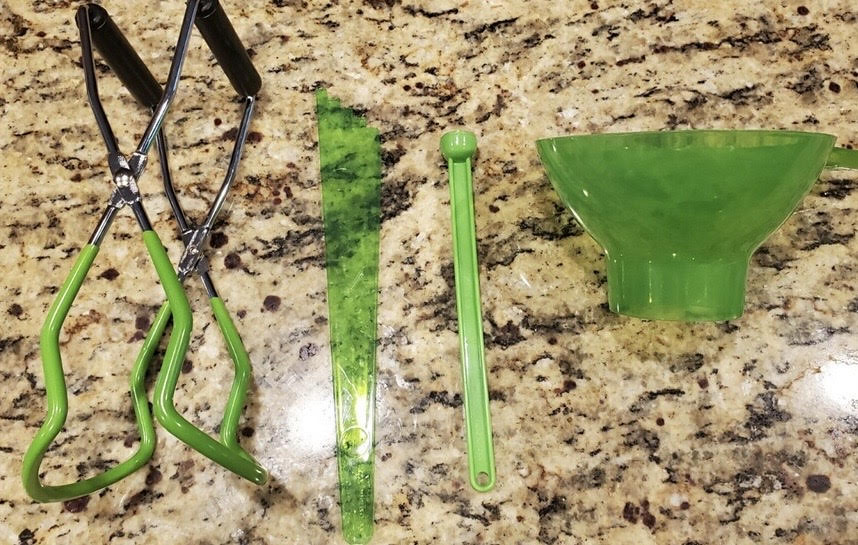 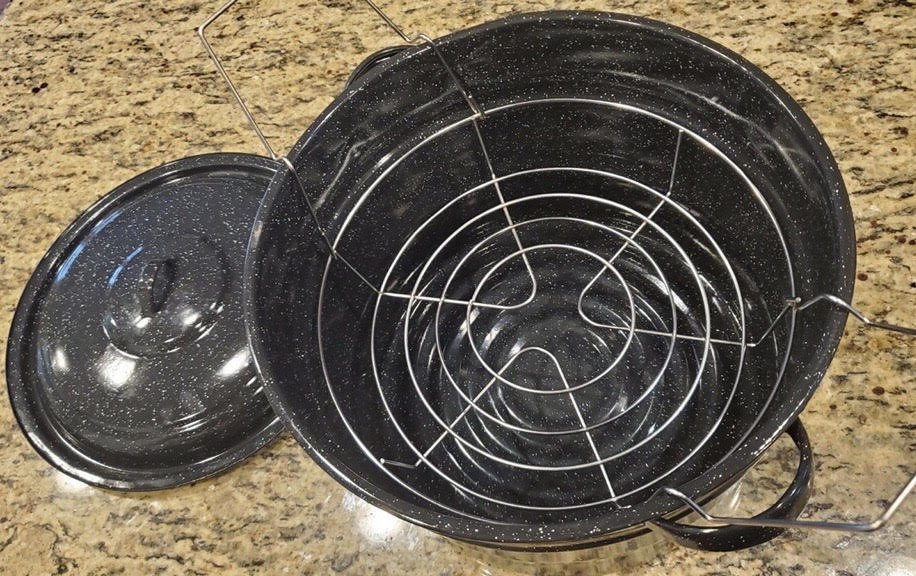 It sounds like a lot, but you can usually buy a canning kit that has all, or at least most, of the tools you need.

How to make and can homemade pasta sauce 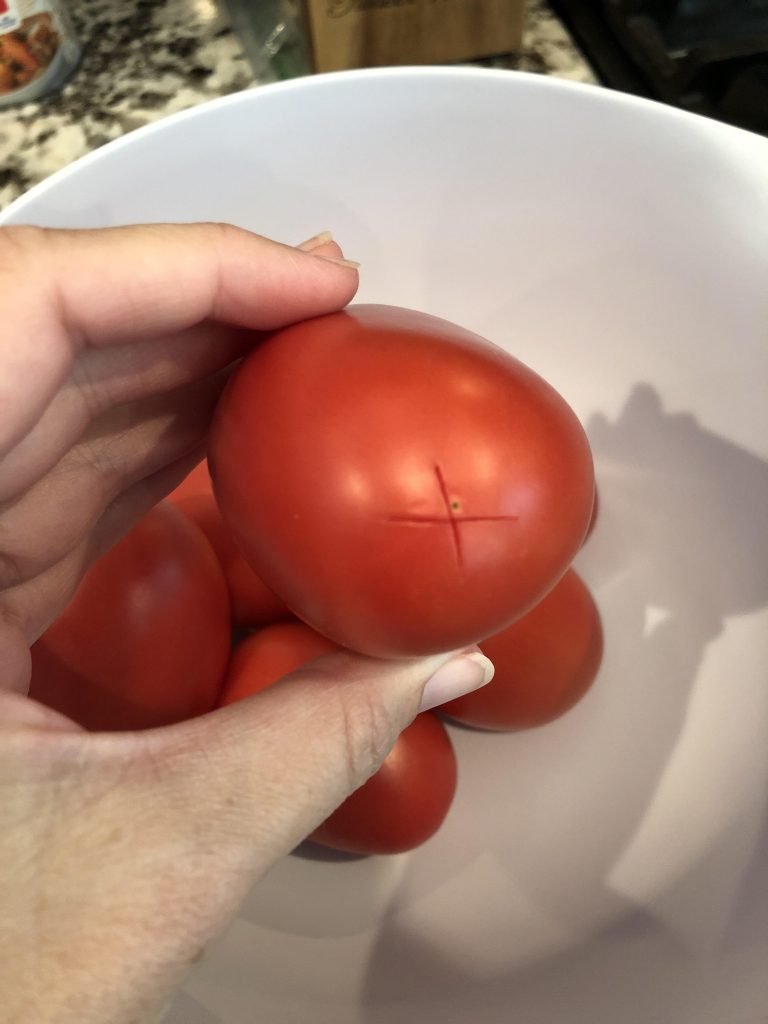 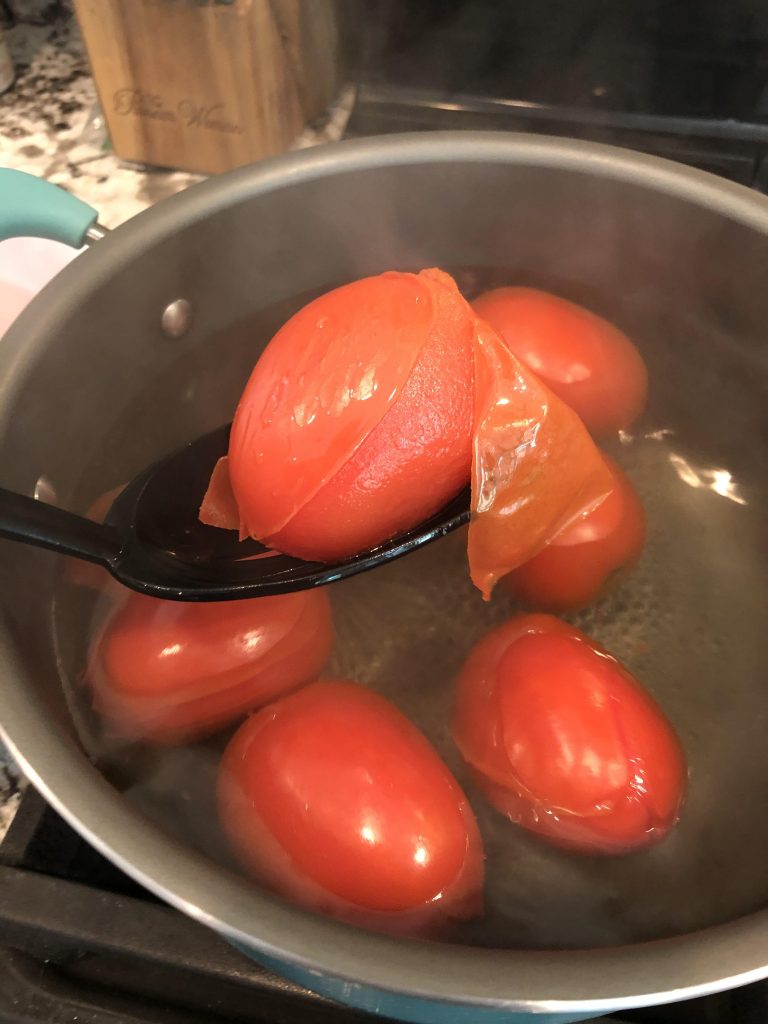 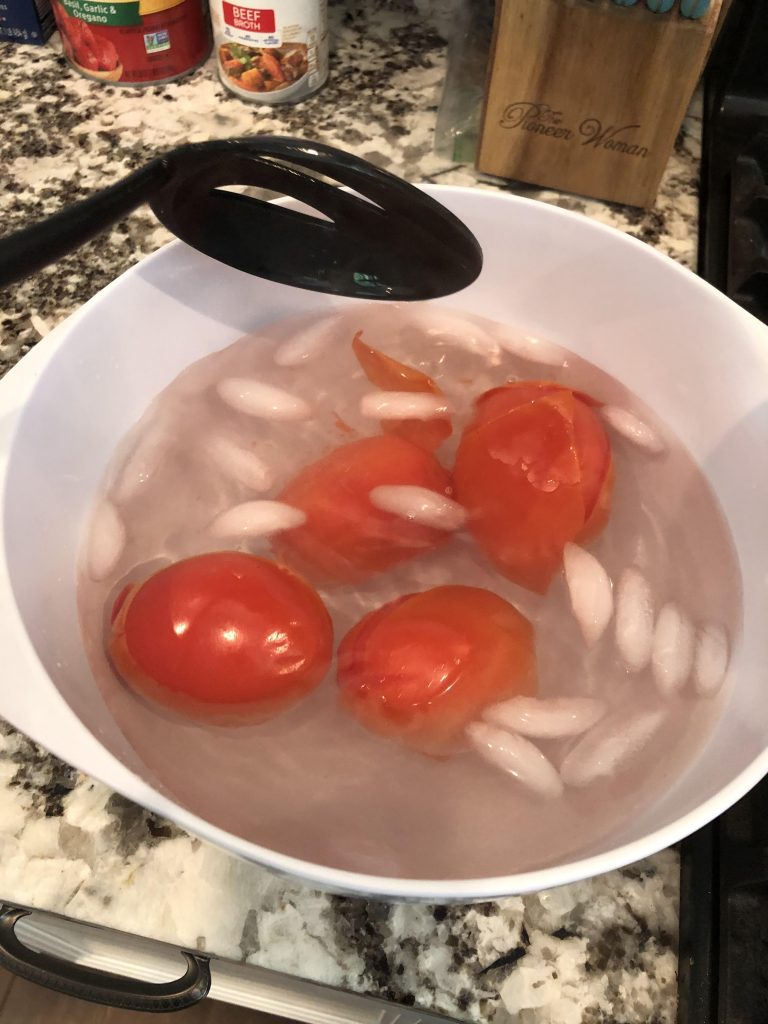 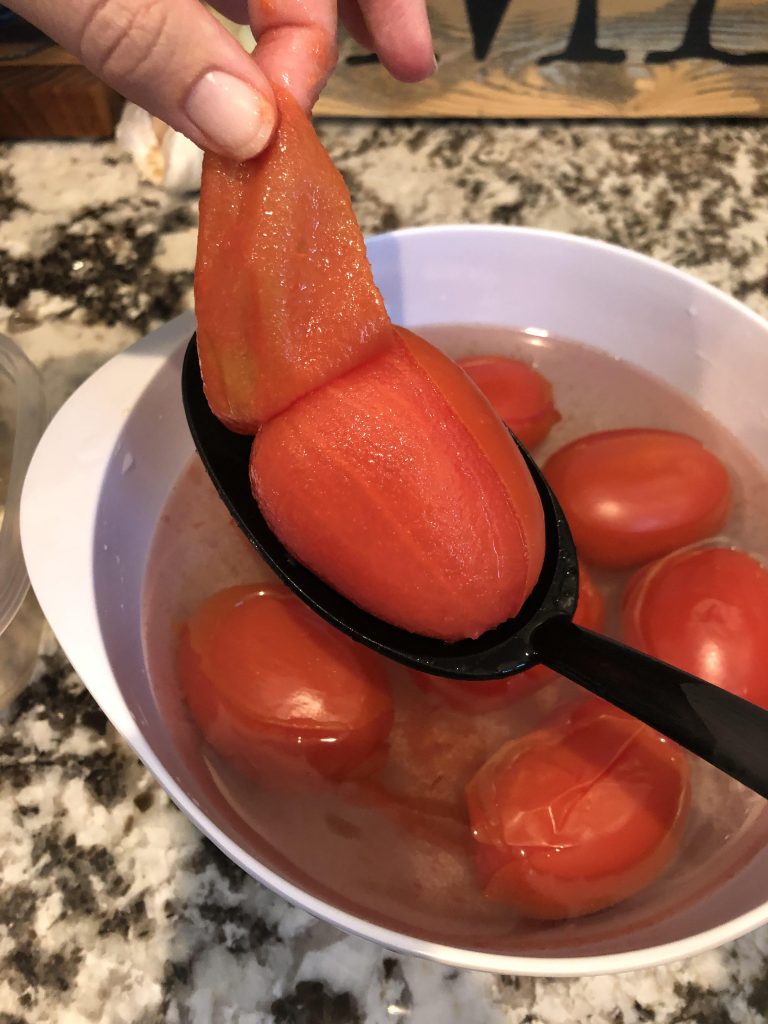 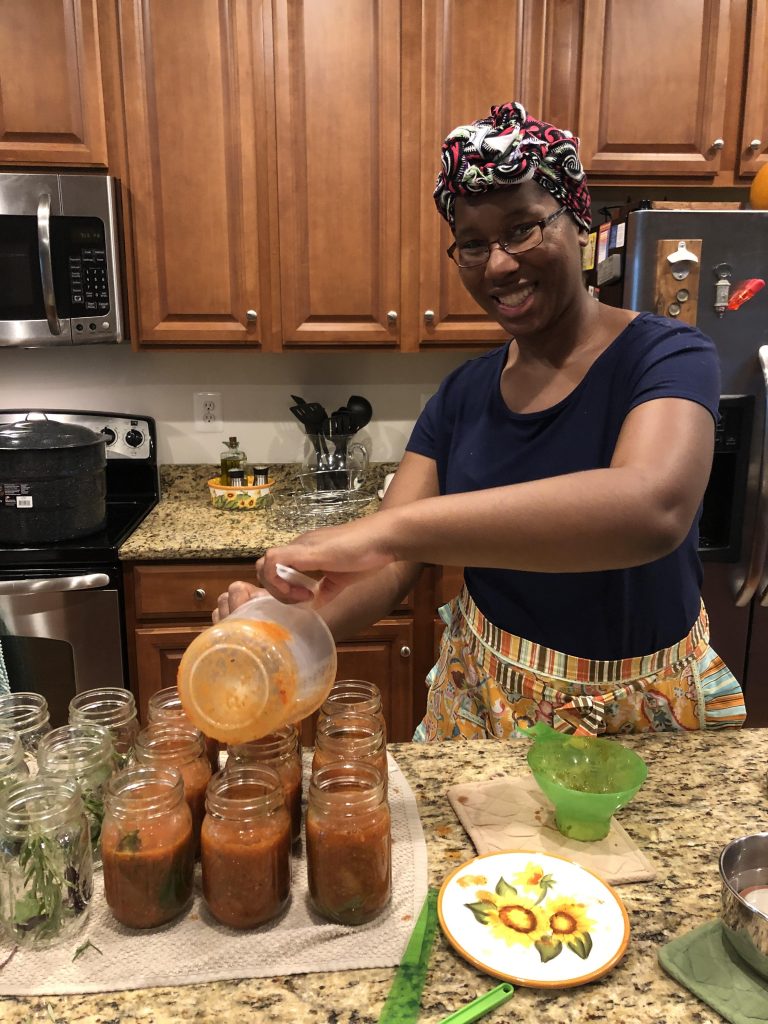 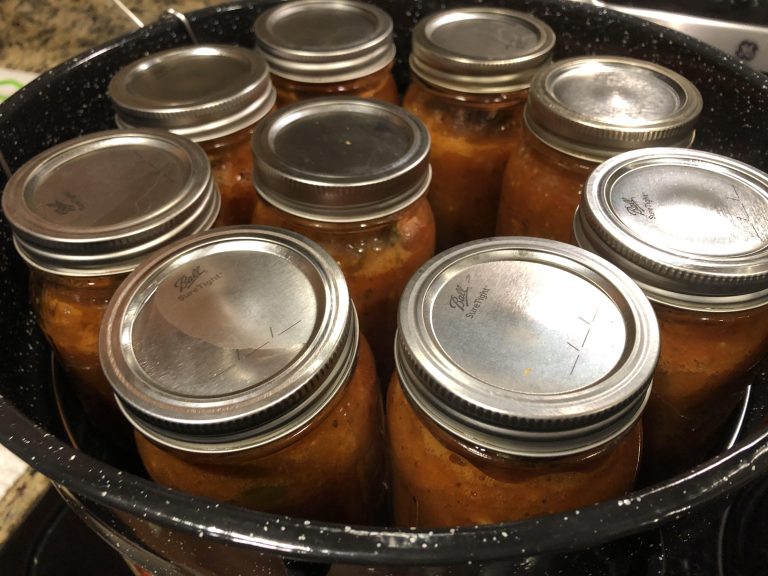 I had a wonderful time canning our pasta sauce. I am in love with the idea that the tomatoes and herbs came from our gardens. I can’t wait until our next canning night! 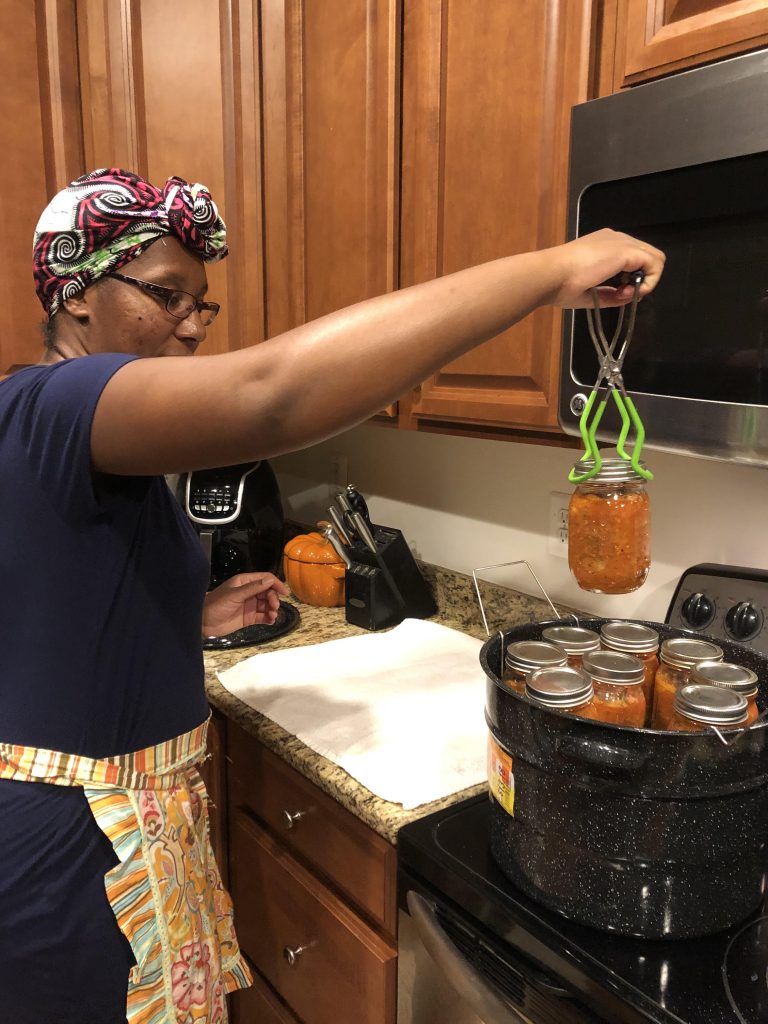 How did your canning experience turn out? What was your favorite part of the process? Share in the comments below.