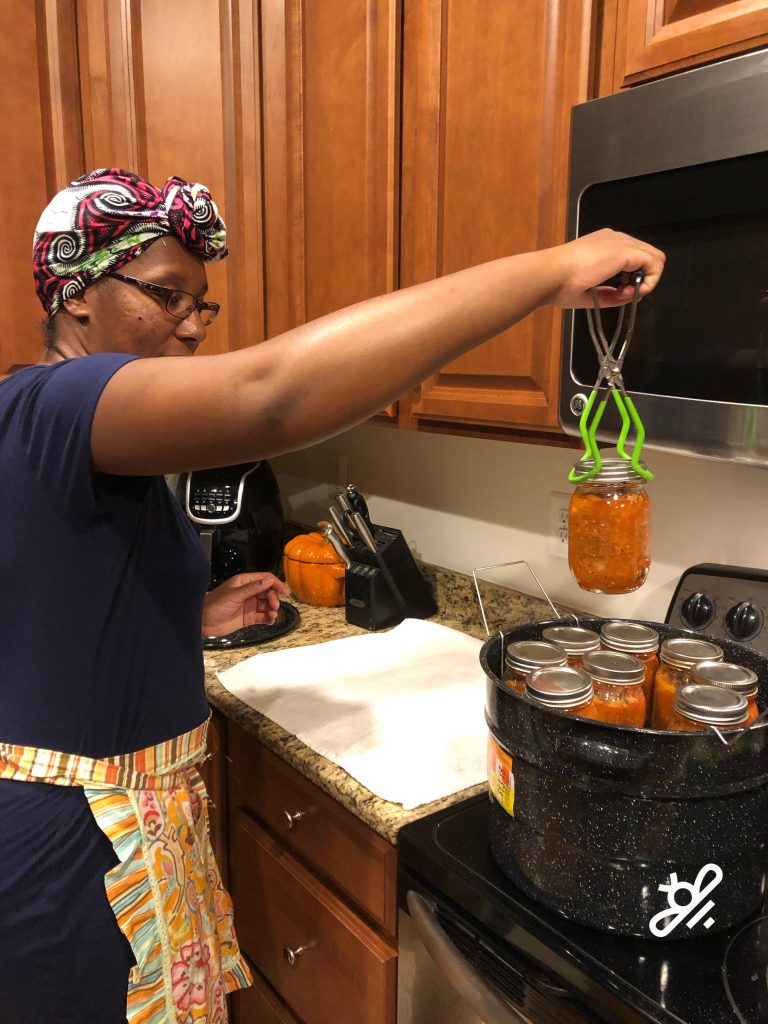 All I want for Christmas is a canning set

Is a canning set on your Christmas wish list this year? It’s on mine, thanks to a fun canning class with our very own Miss Marion.

Canning is so much fun. I took my first canning class this fall, led by gardenstead’s Miss Marion. I don’t know how I’ve missed out on all the fun in the world of canning for so many years. My family usually eats all of our homegrown fruits and vegetables fresh or we freeze them. It wasn’t until Miss Marion invited a few of us over for a canning class that I discovered the joy of canning.

Have you taken a canning class or are you interested in diving into canning? If so, then read on to learn more about the different types of canning so that you add the right one to your Christmas wish list.

Did you know there are three types of home canning? They are: steam, water and pressure. All three heat up what you are canning in order to kill any bacteria and make storage safe.

Great for high-acid fruits such as apples, cherries and peaches

As it sounds, canning with the steam method is bringing a small amount of water to a rapid boil in order to produce steam. The steam raises the temperature of the food within the jars and seals the lids on top.

This method is usually referred to as a water bath. This is when water is brought to a rapid boil around the jars in order to raise the temperature of the contents and destroy any bacteria. Rapidly boiling water should get to about 220°F (104° C). This is hot enough to destroy low heat bacteria, but not hot enough to destroy high heat bacteria. If you are canning something that is salty, sweet or acidic, that is likely to kill off any bacteria left behind. Examples are tomatoes, cucumbers for pickles, peppers and fruits for jam. If however you are canning something that doesn’t fall under any of these categories, then a pressure canner is required.

Ideal for meats and stocks

It is important to know which canning method is right for the fruit or vegetables you want to can. While a pressure cooker will kill bacteria on any of the items you wish to can, pressure cooking can ruin sweet, salty and acidic produce. Jams would become hard, pickles would be mushy, and fruit would fall apart. Think about what you would like to can before choosing a canning method. 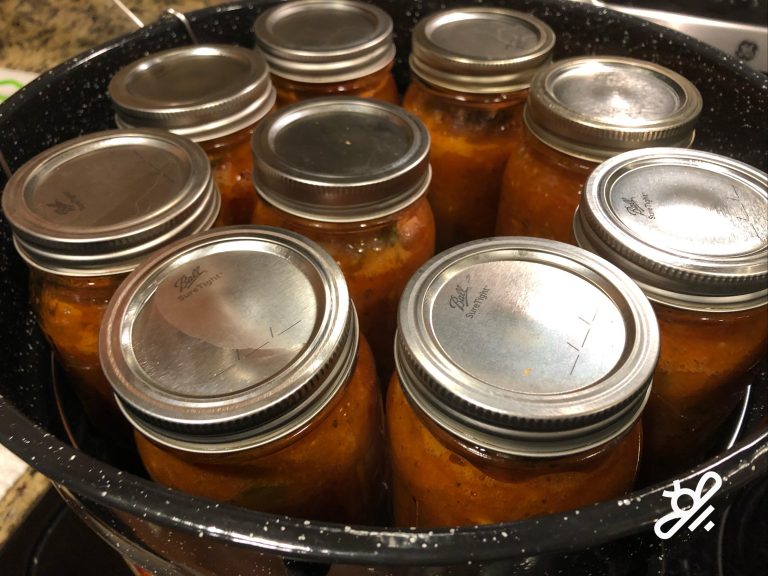 Once you know which type of canning you’d like to do, you can go shopping for the ideal canner. Here are some recommended canning sets to add to your Christmas wish list.

The Roots & Branches FruitSaver Aluminum Steam Canner with Temperature Indicator is great and has a 7 quart jar capacity. I love that it has a temperature gauge on the top so that you know that the canner has reached the ideal temperature. The flat bottom jar rack can hold an array of different size jars. The style of the canner is also eye-catching.

This is the type of canner on my Christmas wish list since I plan on canning sweet, salty and acidic fruits and vegetables. It’s also the method we used in Miss Marion’s canning class. The one I have my mind set on is the McSunley Medium Stainless Steel Prep N Cook Water Bath Canner, 21.5 quart in silver. It comes with the jar lifting rack and can hold jars in multiple sizes: 7 one quart jars, 9 one pint jars, or 12 half-pint jars. I love the look of stainless steel and most importantly, it has a 10 year warranty.

If you’re going to get a pressure canner, go for the Presto 01781 23-Quart Pressure Canner and Cooker. This is one of the most popular pressure canners on Amazon. It has a 12 year warranty, which is amazing. I love the heavy aluminum construction and the pressure gauge is very easy to read. The canning rack is included as well as a 76 page instruction and cookbook. The pressure canner can hold 24 half-pint jars, 20 pint jars or 7 quart jars. You can also use it as a water bath canner so it does double duty and can be a fantastic choice if you don’t know which canner you’re likely to get the most use with. 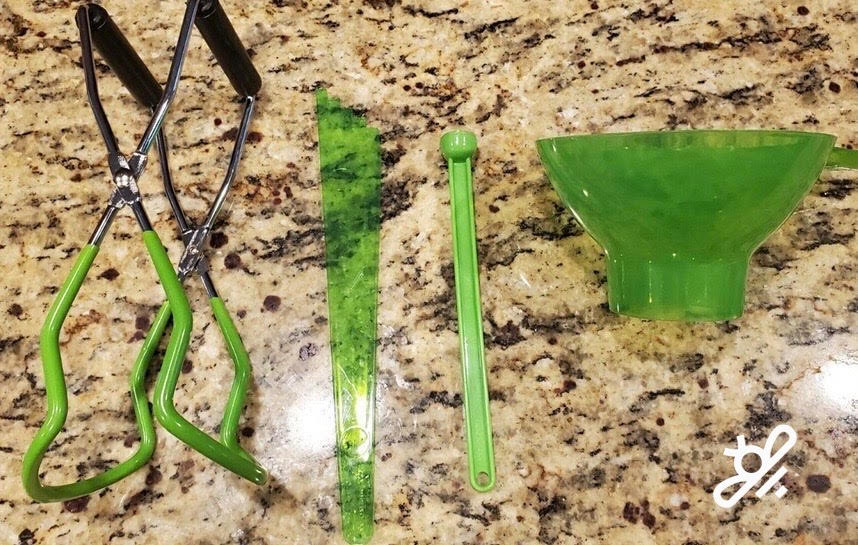 When making your Christmas wish list, don’t forget to include all of the canning tools. Here are a few to consider:

There is a set on Amazon that has all of these canning tools, except for the jars and lids. The Norpro Canning Essentials Boxed Set is a fantastic and great quality canning set made by an American company.

What do you plan on canning and which type of canner will you be adding to your Christmas wish list this year?