This Mexican delicacy, also known as huitlacoche, is a fungus that grows on the ear of the corn and causes the kernels to swell up into mushroom-like growths called galls. In Mexico, you can buy huitlacoche frozen or you can find it fresh at farmers markets and some farmers even go through the lengths of intentionally spreading it to create more fungus, as it tastes delicious. 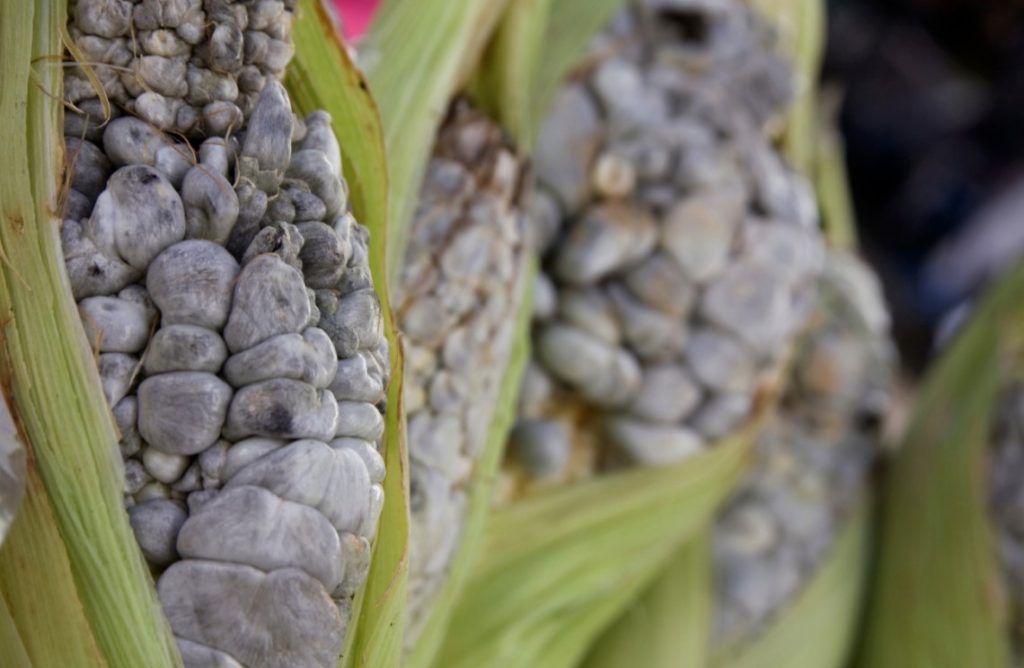 What are the origins of huitlacoche?

It dates back to the Aztecs, the name huitlacoche comes from the language of Nahuatl which was spoken by the Aztecs and even now in present day more than a million people in central Mexico speak Nahuatl. Huitlacoche was a large part of their diet, as well as in some Indigenous tribes diets revolved heavily around corn or maize. 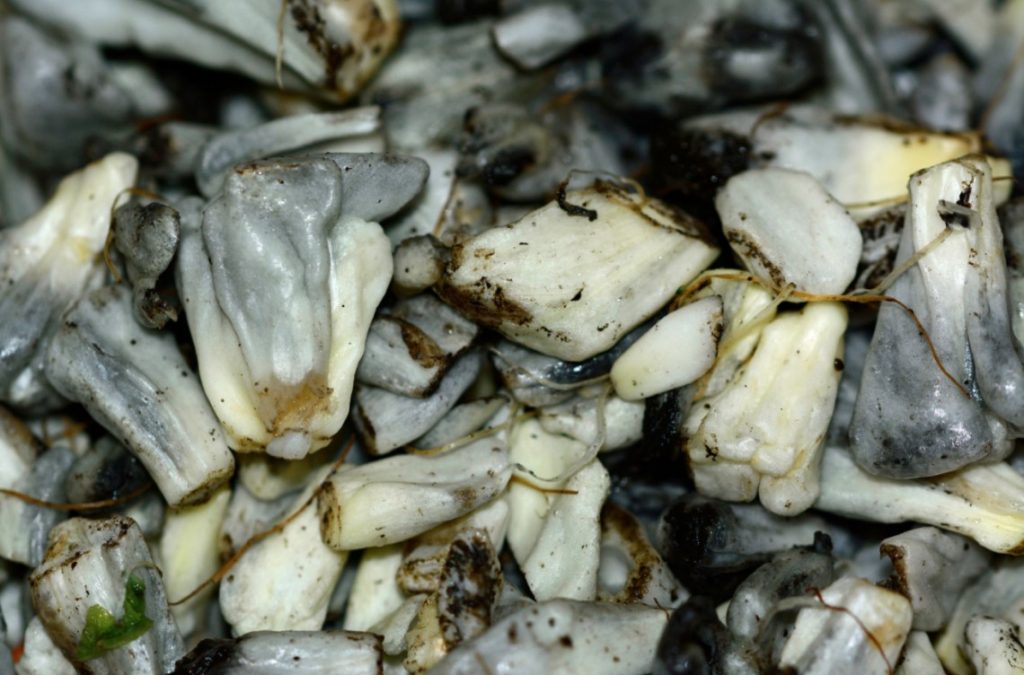 It resembles most mushrooms with its blue, gray and white color, it also has the same soft texture as most mushrooms. As huitlacoche grows right on the corn kernels, if it gets large enough you will be able to notice it through the husk.

The taste is very unique, it tastes somewhat sweet but also savory with earthy and woody undertones. It tastes like a mixture of a mushroom and corn, and it is great in an omelette, succotash, tamales or in tacos. Huitlacoche can be used raw or you can simmer it slowly, allowing for the starch to separate from the fungus and it will turn a dark black color.

Unfortunately, outside of Mexico, not many other countries consider it a delicacy. Additionally, many farmers will destroy their crops if it is infected and there are new strains of corn that have a higher resistance to fungus.

Don’t knock it till you try it! If you are a mushroom and corn fan, huitlacoche dishes may be your new favorite thing. 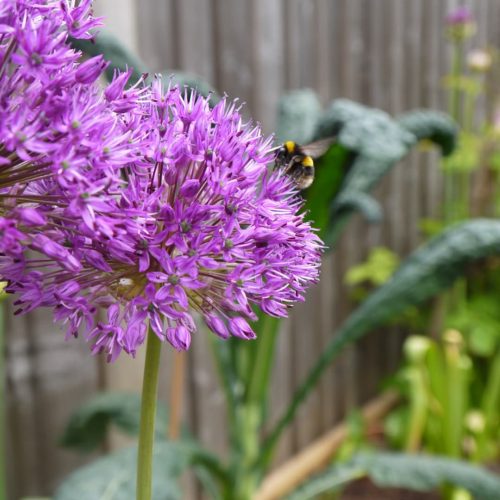 An Urban Gardener in England Shares His Story 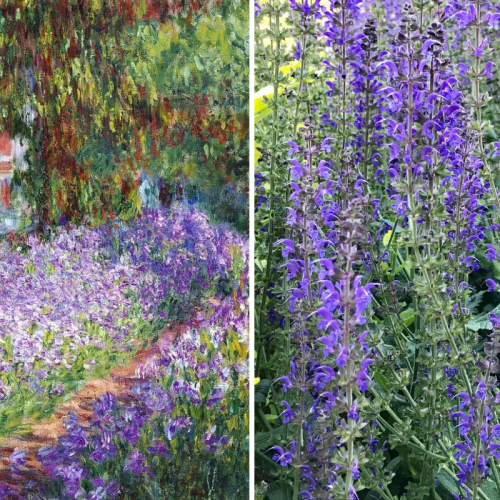 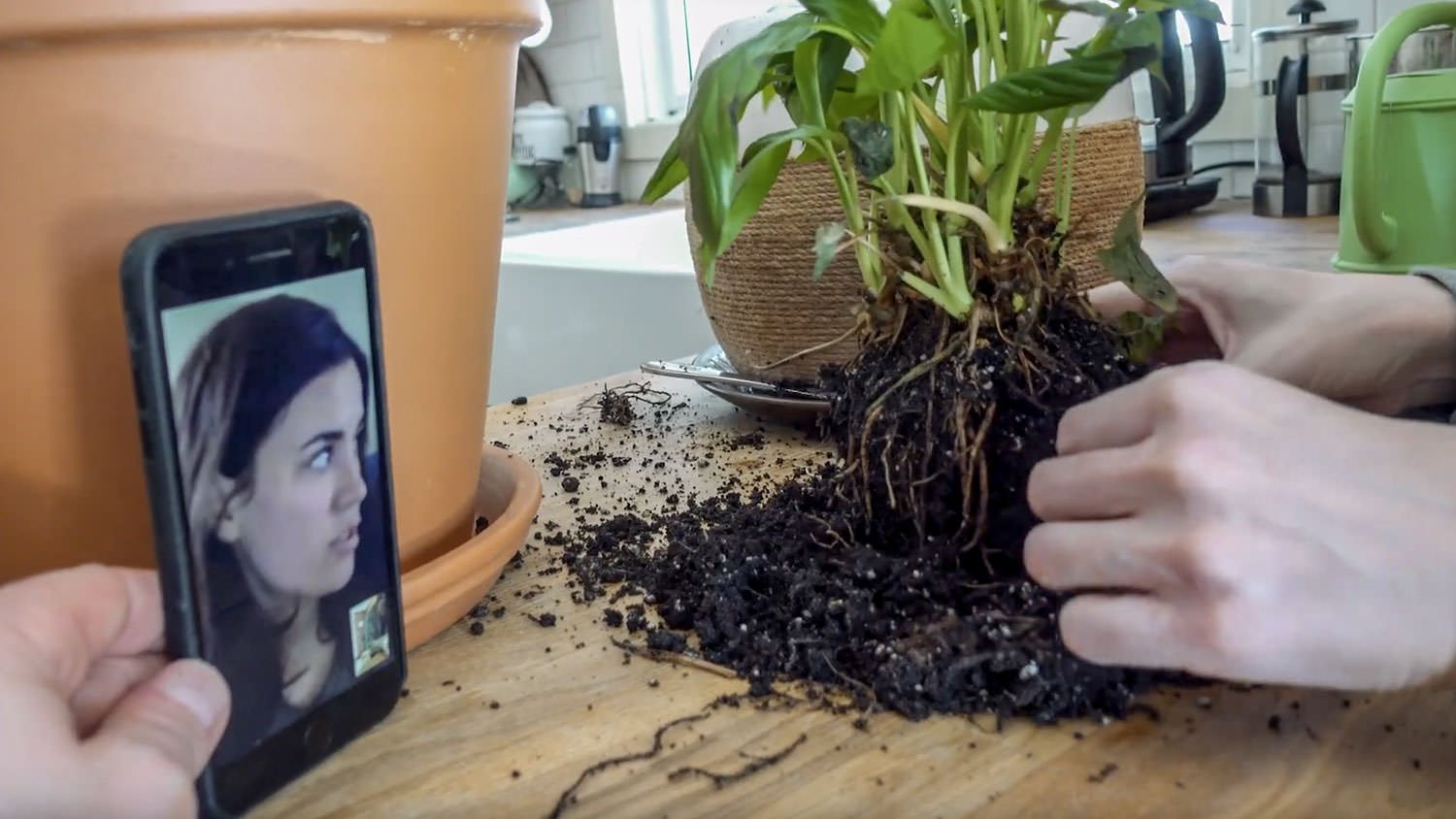 What’s Up with my Peace Lily?